Getting To Know... Mari

Getting To Know... Mari

Her new single 'Rocky Mountain' is out now 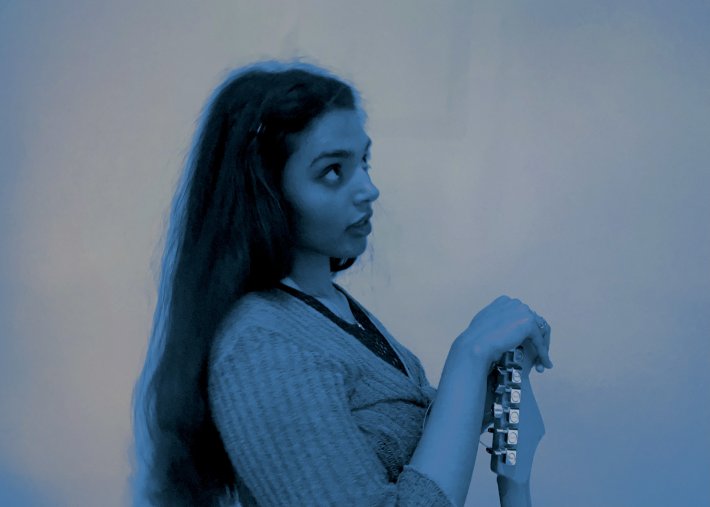 After spending the last few years unveiling a wealth of bold and engaging releases, London-based artist Mari has now made her triumphant return on the soaring new single 'Rocky Mountain'.

Channelling a brilliantly dense and powerful atmosphere from start to finish, 'Rocky Mountain' makes for a compelling listen throughout. With her rich and textured voice riding a bed of euphoric electronic production, she is certainly one to keep an eye on for the future.

So with her new single available now, we sat down with her to find out more about her background and what has inspired her most over the years.

It was the guitar! I was about thirteen. I tried piano and cello lessons when I was younger, but there was never that feeling of “this feels right” like I had with the guitar.

How long have you got? I loved so many different kinds, the answer is all over the place. But I was notably obsessed with ‘Riot grrrl’ bands for quite some time.

Rhiannon by Fleetwood Mac. That song is perfection.

Whatever band Maynard James Keenan is in right now.

I think being a musician period. Being able to express yourself through song? It blows one’s mind when you really think about it. Just to be a musician is a reward in and of itself.

Never take yourself too seriously.

Mari's new single 'Rocky Mountain' is available to stream now. Check it out in the player below.

9 hours 38 min ago With her eagerly-awaited new remix EP landing next month, Bess Atwell has now shared the next cut

12 hours 33 min ago After an astonishing run of form throughout his releases over the last decade, South African sing