Getting To Know... Maya Yenn

Getting To Know... Maya Yenn

Her new single 'How Much Sadness Can You Swallow?' is out now 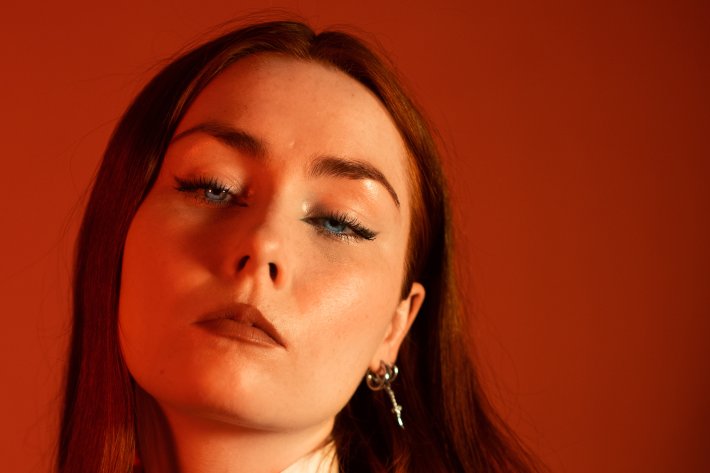 Following on from a shimmering array of offerings over the last few years, including a recent BBC Home Session, London-based singer, songwriter and producer Maya Yenn has now returned to deliver her mesmerising new gem 'How Much Sadness Can You Swallow?'

Channelling a beautifully rich and textured alt-pop aesthetic from start to finish, 'How Much Sadness Can You Swallow?' makes for a truly enticing listen. With her warm and effervescent voice layered over a bold and bouncing production throughout, she is certainly setting herself apart from anything going on right now.

So with the new track available now, we sat down with her to find out more about her origins and what has been inspiring her recently.

My Mum bought this rickety upright piano when I was a kid and before I knew the first thing about music theory or how notes worked I was spending hours coming up with little compositions and songs. I just loved the language music gave me to express thoughts and ideas. I think that’s what’s amazing about music, to me it’s just emotion + magic.

I grew up listening to a lot of Radiohead and Björk which hugely influenced me. Not to mention Florence + the Machine and Lana Del Rey. I have a really vivid memory of listening to “Born to Die” in its entirety on the school bus, looking out of the window imagining I was in a movie haha!

Florence + The Machine - Lungs. I was obsessed with that album. I had a second-hand lap harp (basically a small harp we bought cheap off a neighbour) as a kid and I was blown away by the idea of using a traditional folk instrument so prominently like that for pop music.

I actually have a playlist full of these called “Songs I wish I’d written” and the latest addition is Glass Animals, Denzel Curry - Tokyo Drifting. I love big songs that rely a lot on bass and have the kind of big, playful energy that song does. It’s important not to take yourself too seriously as an artist and I think Tokyo Drifting is a great example of what can happen when you just remember to have fun.

I actually have a fairly clinical approach to songwriting! First step is lyrics which I write like a stream of consciousness - it's more for ideas rather than necessarily taking it directly from the page but it gets the juices flowing. Then I’ll decide on some chords, noodle around until I find some melody lines on the piano, then the last step is the production. I’ve written my last few songs like that to get out of a long stint of writer’s block but now I’m back into the swing of it. I think I might turn it on its head and start with production next time and see what happens. It’s good to switch up your process every now and then, it keeps it interesting.

There are so many! Jungle, Glass Animals are big ones of course and I’m definitely a FKA twigs stan. Other artists on constant rotation for me at the moment are Will Jay, tobi lou, Audrey Nuna, Moses Sumney, Juliana Joy, Still Woozy and of course Remi Wolf.

FKA twigs for sure, that would be a dream. I know people use this term a lot these days, but twigs really is a true icon. She always has complete artistic integrity and her vision and dedication to her creativity is staggering. She’s been through some really difficult experiences but still shows up and creates something beautiful. I’ve honestly got nothing but admiration for her! She’s just incredible.

It’s definitely when you finally finish writing a new song and you're excited to release it and start performing it. The anticipation leading up to getting it out there is so exciting - and getting to sing your own songs is just the purest form of joy.

Carving out enough time to write music is really challenging because it’s ideally something you dedicate a big chunk of time to to really get into it but we all have lives and responsibilities so it’s not always possible to spend 4+ hours writing bass lines or EQing a snare drum! You end up having to just dedicate little pockets of time when you can, which can sometimes feel jarring to the process but as long as you keep showing up you can actually get quite a lot done.

I went to see a live recording of Later… with Jools Holland a few years back and I remember Jools interviewing Duke Fakir who when asked his best advice to other musicians said, “Just stay in it.” and went on to talk about the importance of falling in love with the craft and not getting bogged down in any of the peripheral stuff; just stay with it and keep writing, keep performing, keep showing up for yourself. As an anxious overthinker it really stayed with me, it’s such a simple but helpful mantra to have when things get overwhelming.

Maya Yenn's new single 'How Much Sadness Can You Swallow?' is available to stream now. Check out the new video for it in the player below.

6 hours 19 min ago With their highly-anticipated debut album arriving next month, MELTS have now dropped the next cu

4 days 6 hours ago After breaking through with her incredible cut 'miss u' last month, which found support on Wonder