The frontman's new single 'Take It Slow' is out now 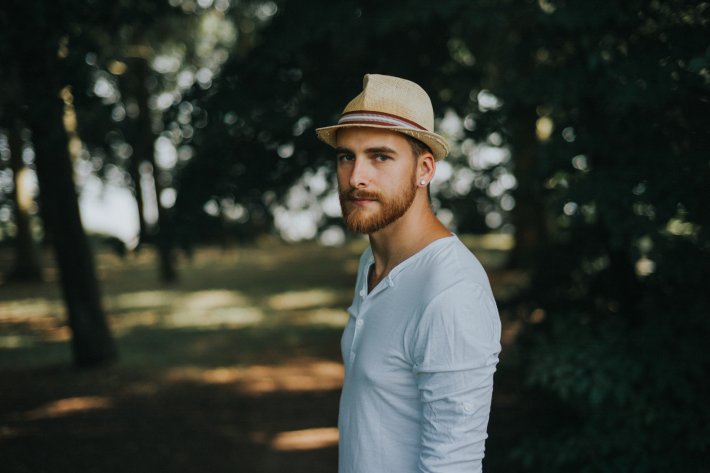 With a string of successes over the last few years including two top 50 songs in the German charts, four albums, international tours and having his single 'Liberty' as the official song of the 2015/2016 Four Hills Tournament, Germany's Michael Lane has now returned with his latest dose of laid-back folk-pop, 'Take It Slow'.

Much like his work to date, 'Take It Slow' blends smooth and captivating melodies with a uniquely euphoric direction. Taking his own voice and acoustic guitar before melding it with a rich and textured production has given the singer-songwriter an otherworldly sound that breathes heartfelt emotion and a truly wondrous aesthetic.

So with his new single finally with us, we sat him down to find out more about his background and what has inspired him the most over the years.

Up until recently, most of my inspiration has been life itself. Past memories or experiences that i would use to tell a story in a song. My point of inspiration has changed though. I find myself being more inspired by other songs or artists than anything else. I guess i could say my change in inspiration has something to do with my change in the way I write songs and produce.

I honestly can't remember exactly what I was listening to as a teenager, but it was something in the lines of Tupac, Country, electronic music, sigur ros, something like that. I´ve always had a wide variety of genres or artists I would listen to. Come to think of it, I can also recall listening to alot of Pink Floyd during my early teenage years, although I started listening to Pink Floyd at a much younger age.

Unfortunately no, there is no one song that was the deciding factor. As young as i can remember music has been an intricate part of my life.

I usually don't listen to music after waking up, especially since music has become my full time job. I tend to take a break from bombarding my ears with music any chance I can get, especially in the morning.

Just counting off the top of my head, about 8.

If I had to choose, it would probably be my first tour. There were many ups and downs, the ups were amazing, the downs were pretty harsh, it was an experience I'll never forget. Being away from home, away from my newborn son and wife, I remember sometimes questioning if what I was doing was the right thing. In the end, I'm glad I made the decision to go on a long tour.

If you can call spending time with family a passion, then it would definitely be that. When not in the studio, or playing a show, I'm spending time with my family, having fun with my little guy, going on runs, just enjoying life to the fullest. I live in a beautiful part of Germany, out in the country, so there is a lot to be passionate about besides work.

That's a tough question. I have worked so many different types of jobs in my life, anything from working at Mcdonalds, to being a Helicopter Mechanic. Being a full time musician now, I wish i would have made the decision to be a musician much sooner. I probably wouldn't have joined the army, or worked odd jobs here and there. Life is too short to do things that don't make you happy. I think everyone has a purpose in life, and everyone's purpose is just as important as any other.

Write, write, produce, and write some more. There has never been a better time to be a musician. Obviously not a great time for live performance, but if you're looking to stay productive during lockdown, it's a good time to make plans for the future, and get to work to bring those plans to fruition.

Michael Lane's new single 'Take It Slow' is available to stream and download now. Have a listen to it in the player below.

9 hours 34 min ago Following on from the release of his surprise EP 'Heart Of The Night' last month, producer Hudson