Getting To Know... Monsoon Radio

Getting To Know... Monsoon Radio

The band's new EP 'What Could Be Different?' is out now 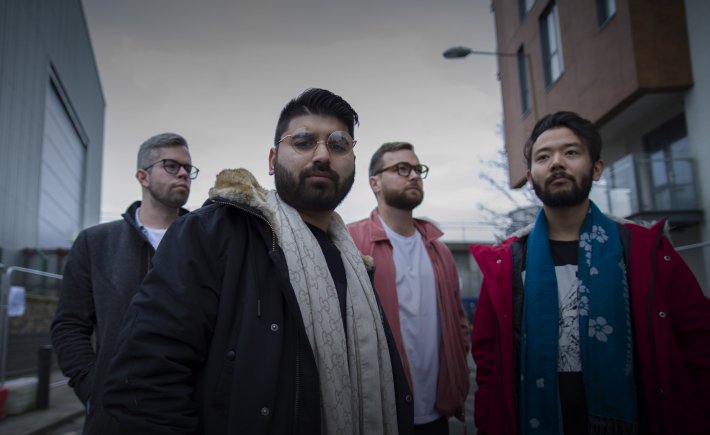 After spending the last couple of years finding and cultivating their sound, London-based outfit Monsoon Radio recently unveiled their brilliant debut EP 'What Could Be Different?'

Featuring the previously shared offerings 'Let Me Be' and lead single 'So It Seems', the band's four-track collection makes for a rousing introduction. With nods to the glimmering Britpop sound as well as driven indie-rock aesthetics, their first collection gives them an instantly recognisable direction that shows great promise for the years ahead.

Nas - 'The Message'. The song used a sample from a Sting track called Shape of my heart, which I found out after the fact. Not knowing a lot about production and sampling at 11 years of age it just really intrigued me and set me on a path to figuring out how this thing called music actually works.

Underground hip hop and rock/metal - from Jedi Mind Tricks to Slayer and everything in-between.

I do my best thinking whilst driving and usually have strokes of genius whilst on the North Circular road stuck in traffic.

At the moment I'm really in to Father John Misty, Billy Joel (a little late, I know) and Taemin. Other than that, I'm always listening to Oasis, Radiohead, Immortal Technique and Metallica.

None have been specifically about people, in particular. I try to write about a state of mind and then give some personification to that state of mind.

Police showed up on the Let Me Be video shoot and thought we were filming a hostage situation... go check out the video, you'll see what I'm talking about.

Hilary Duff. Only her.

Food critic - loads of impostors out there serving Biryanis that taste like boiled rice.

"Practice makes perfect.. unless you're just really bad at the things".

Monsoon Radio's debut EP 'What Could Be Different?' is available to stream and download now. Have a listen to it in full via the player below.

Monsoon Radio · What Could be Different?

1 day 1 hour ago With his highly-anticipated new album set to land near the end of this month, Dayglow has now unv

1 day 1 hour ago Having already made his mark as the resident producer of London-based Nine8 Collective, as well a