His new single 'Indigo' is out now 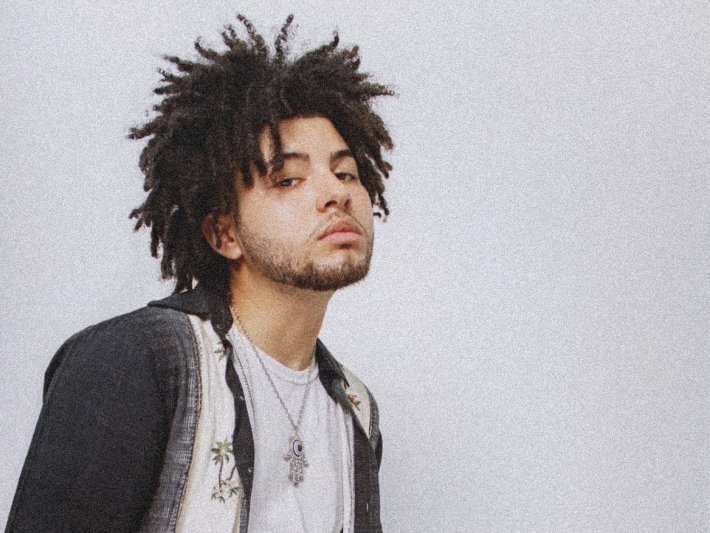 After the enormous response to his latest studio album 'Twisted' last year, which since garnered more than two million streams since its release, New York-based multigenreist NXCRE returns once again with his soaring new single 'Indigo'.

Lifted from his forthcoming new LP 'Fean Is War', which is set to arrive in the near future, 'Indigo' makes for a wonderfully euphoric listen. Channelling a raw and heartfelt alt-rock aesthetic from start to finish, his newest anthem marks a bold and explosive step forward within his sound to date.

The guitar, I was always infatuated with the sound and the way it looked. It’s been one of my biggest goals to continue to improve on it and one day perform with it on stage. First instrument I learned how to play however was the Baritone. Quite funny honestly, the instrument was bigger than me at the time and it was the most grueling job to try and carry it everywhere, but it brought me so much joy with how it brought me to new places, introduced me to new people, had me closer to the people I loved, and introduced me to the road and applause of the crowd.

I’ve always been the biggest fan of Rock Music and still am. To be able to make that same type of music now, is a dream come true.

I don’t actually remember owning any albums, but if I had to guess. The first album I probably listened to fully from front to back would probably be ‘’Nevermind‘’ by Nirvana.

None. If I love the song a lot, it’s probably better that I didn’t write it, I'd be different. Not in a bad way, but simply wouldn’t be the same.

Follow my heart, listen to my intuition. Those two usually know best. And try to do something different.

Bucktick! And I was recently, recently put onto Coheed and Cambria after a close friend of mine mentioned I would like them based on my sound. After listening to one song, I think I’m ready to take a deep dive into their discography.

The reaction of the crowd after a great performance. The way you are able to inspire so many people and have them put their faith in you. It’s really humbling and gravitating at the same time. All those people believing in you and wishing you the best. I do not want to let them down, and I won’t.

Seeing hard work go to waste. But nothing never truly goes to waste, you learn something from the experience, even if you failed at the moment.

The people who come to your shows, those who spend their hard earned money on you are the ones who will take you far. Never forget them, never abandon them, they are the reason we get to do what we do.

NXCRE's new single 'Indigo' is available to stream now. Check out the new video for it in the player below.

12 hours 25 min ago Following on from the release of his highly-praised 2020 LP 'Shortly After Takeoff', BC Camplight

15 hours 28 min ago Having already found huge support for his run of releases over the last few months, progressive a