Their new single 'Say Hello, Wave Goodbye' is out now 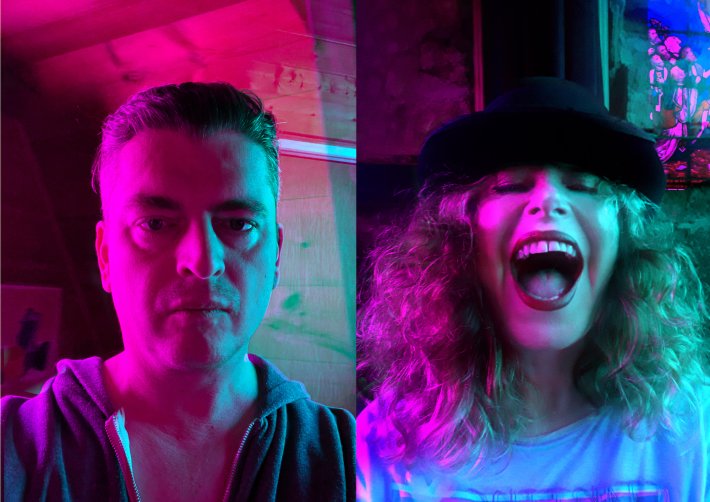 Lifted from their forthcoming new LP 'Accidents', which is set to land later this year, 'Say Hello, Wave Goodbye' sees them revamp the Soft Cell classic. Channeling a wonderfully smooth and seductive electro-pop direction, their newest offering sees them return in stellar form and unveil the start of the next exciting chapter for the pair.

Sam: Violin. An immediate switch for a good cry.

Morgan: Pretty much the same! It started with Kraftwerk and Berlin-era Bowie for me and led to Depeche Mode, Talk Talk, The Blue Nile. I loved the soundscapes as much as the melodies and lyrics.

Morgan: With my own pocket money I rushed out and bought Queen “The Works” after hearing Radio Gaga on the … tv. That song is now my 2 year old daughter’s favorite song in the universe.

Sam: Too many. For creative appreciation, anything by Radiohead. For royalties, Mariah Carey’s All I Want for Christmas is You.

Sam: Take Hugo my dog for a long creative walk. He helps me write.

Morgan: Get through the work day, have dinner, clear my head and go into the studio around 9pm. I’m a night owl when it comes to RSD.

Sam: This time of year always draws me to whatever music makes me feel cosy by the fire. I have returned to my jazz classics. Miles Davis and Bill Evans. But I love some relatively new female artists like FKA Twigs and St Vincent.

Morgan: I got into Low quite late (Double Negative) and I’ve adored them ever since. But I’m sucker for nostalgia and go back to bands like Icehouse, Simple Minds a lot for a dreamy synth pop fix.

Morgan: thinking of a visual or emotional state for a song and then creating a soundtrack for that.

Morgan: Same. Thinking up content that’s not directly servicing the music is near impossible for me.

Sam: Make sure you love what you do because people will KNOW if you don’t.

Morgan: Work with people you love, respect and admire.

Ready, Steady, Die!'s new single 'Say Hello, Wave Goodbye' is available to stream now. Check out the new video for it in the player below.

59 min 59 sec ago Having been exceptionally busy under his Caribou moniker these last few years, producer Dan Snait