Getting To Know... Sam Himself

Getting To Know... Sam Himself

His new single 'Golden Days' is out now 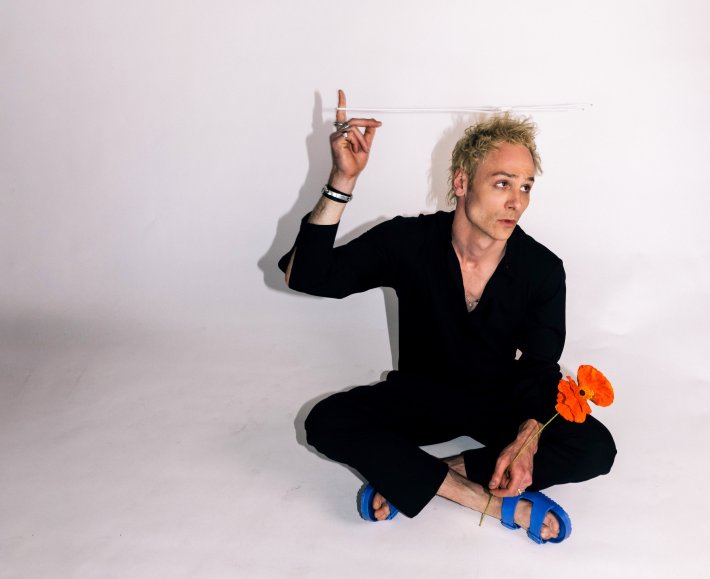 After delighting us with a warm and enticing array of delights these last few years, Brooklyn-based Swiss artist Sam Himself returns once again with his invigorating new single 'Golden Days'.

Lifted from his eagerly-awaited sophomore album, which is set to arrive early next year, 'Golden Days' makes for a wonderfully rich and inviting listen. With his distinctly smooth baritone voice riding a bed of sweet and uplifting production throughout, we can't wait to hear what else he has in store for us on his next record.

So with the new single available now, we sat down with him to find out more about his background and what has been inspiring him of late.

The voice! Still my favourite. I don’t mean my own voice but the voice as an instrument in general. Nothing hits me like the sound of a singer I love.

My mom used to sing for my siblings and me when we were little, usually songs that she played around the house, too: Crosby, Stills and Nash, Joan Baez, John Denver… You won’t catch me vibing out to “Leaving on a Jet Plane”, but I highly recommend my mom’s version!

“From the Muddy Banks of the Wishkah,” the Nirvana live album, which I got on CD when I was ten, maybe eleven years old. I don’t think I’d be here having this conversation with you today if not for that record.

So many! I wish I could give you a real answer, say Roy Orbison’s entire debut (which would be true!), but the list is ridiculously long. That’s always been a big part of my motivation to write my own songs, trying to figure out how the hell someone did that…

Good question. I think so, probably more habits than rituals, not all of them great… I can get pretty obsessive when I feel like I’m on to something. I recently read an interview with Phoebe Bridgers, in which she suggested approaching writing as if it were this clandestine thing you’re doing, like having an affair. I’m obviously paraphrasing, and poorly, but I love the idea of treating songwriting as something you steal away for whenever you have a moment. I’ve been trying to make a habit of that.

Angel Olsen’s new album “Big Time” blew me away. She’s one of the greats of our time, I think. Also, the other day we played the same festival as Crows, a London based band. Amazing live act! Sterling dudes offstage, too, great merch… Check out Crows if you don’t know them already!

Fleetwood Mac. And during their historic reunion set, Stevie would call me back onstage for a spontaneous duet, and I wouldn’t faint… A boy can dream.

Playing live! To me, that’s also the true litmus test for new material: performing a song you just released and watching people react, even dance to it, is probably the most direct reward an artist could hope for. You’re basically mainlining validation when that happens. Or when someone in the audience starts singing along to a tune you’ve played a thousand times… Any real time encounter where someone tells me, in one way or another, that something I play means something to them is a deeply rewarding experience.

There’s a lot of stuff you have to do that doesn’t have all that much to do with the actual music. That can be frustrating to me, especially when it’s tasks I’m just no good at. Endless staring contests with excel sheets come to mind… Dealing with frustration is a skill any musician should take seriously, I think. If your career’s going to be anything like mine, there will be no shortage of rejection and disappointment along the way, especially in the beginning. You can’t let that deter you or ruin the joy of it all.

Zadie Smith said this about writing, but I think it applies to any creative endeavour: “Tell the truth through whichever veil comes to hand—but tell it.” Otherwise why bother?

Sam Himself's new single 'Golden Days' is available to stream now. Check out the new video for it in the player below.

1 hour 40 min ago Following on from the release of their highly-praised 2017 LP 'After Laughter', Paramore have now