The frontwoman's new single 'O M D' is out now 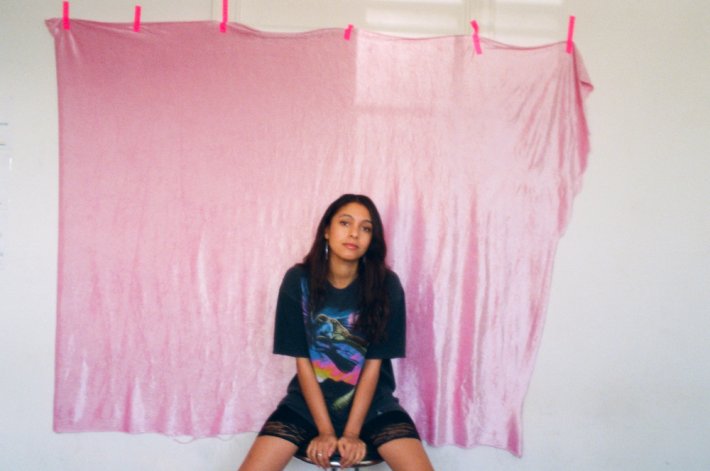 Following that same distinct mix of dark and pulsing production with her own light and lofty vocals, 'O M D' makes for a wonderfully euphoric release. Cementing her as a bright and soaring artist on the new music landscape, this new delight sees her follow in the footsteps of BANKS, Lorde, and Bat For Lashes with its dense and powerful sound.

I got given a Yamaha synth for christmas a couple years ago and it transformed the way I produce. Something just clicked into place, like I'd been trying to figure out my sound before that and experimenting with guitar-based stuff but my guitar-playing sucks, and piano-and-voice was too singer-songwriter-y. Then I started songwriting on the synth and it was like I'M HOME: the combination of growing up playing keys and my love for all things 80s and kitsch solidified in this beautiful instrument. Now I just drool when I come across any synth and have to restrain myself from blowing all my money on analogue-model plugins. I mean I just bought the TAL U NO LX yesterday which is modelled on the Juno 60 so my willpower obviously sucks.

Indie. Guitar-heavy sweaty intimate gigs in grungy venues that smell of beer and piss type of thing. I still prefer smaller gigs to the big shiny pyrotechnic arena ones. I've never been to the O2 or Wembley.

Hahahahahaha it used to be ALL OF THEM and only when I was sad but I've gotten better at being able to write about non literal scenarios. Now probably about 70% are written from threads of people I know or have met, but how much of it is literal varies from song to song.

Probably Bat for Lashes, Anna Calvi, Nakhane or Alex Cameron because their live shows are all such an epic vibe.

An unhappy one. I'd probably have a shopping addiction and a questionable coke habit.

Jimmy Lovine said something about not comparing your progress to other people, because no one is running the same race. The only person you can compete against is yourself, because no one else on the planet has had the exact set of circumstances that have got you to the present moment. Also don't be a dick.

Seraphina Simone's new single 'O M D' is available to stream and download now. Have a listen to it in the player below.

4 hours 38 min ago After originally linking up on a remix of the 1998 hit single 'Say What You Want', Texas and Wu-T