Getting To Know... Sleepy Beaucat

Getting To Know... Sleepy Beaucat

Their new single 'Straitjacket' is out now 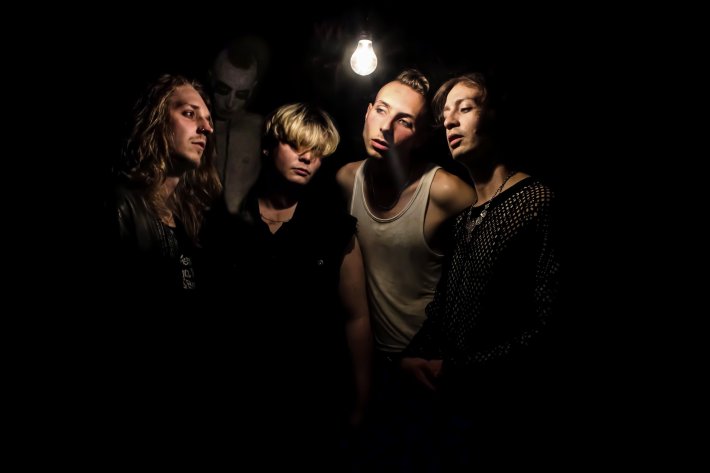 After breaking through with a bold and enigmatic flurry of releases this last year, emerging outfit Sleepy Beaucat return once again with their soaring new single 'Straitjacket'.

Channelling more of that broad and euphoric alt-rock energy they have garnered for themselves, 'Straitjacket' makes for a brilliantly enticing listen. Jam-packed with raw and driven hooks, a vibrant atmosphere, and killer riffs throughout, these guys have certainly maintained a strong and solid sound with this one.

I first fell in love with Guitar because my parents both played and as I grew up playing was my favourite way of expressing myself. I also connected emotionally more with guitar compared to other instruments like piano.

At round the age of ten I loved bands like Metallica and Alice Cooper but I had a massive influence from my parents into progressive rock with bands such as Dream Theatre and Tool as well.

The first record I bought myself was Enter Shikari’s The Mindsweep.

We don’t have habits as of such but we do have a process which usually involves one of us coming up with the basis of the song which we will all then jam together and work out the kinks. From here we usually make a rough demo to try and critique the song and see if any improvements can be made.

It’s hard to say with us all having so many influences but some big common artists would have to be bands like Deftones, Phoxjaw, Enter Shikari, and periphery.

In our opinion Enter Shikari put in the best live shows in the business and being a part of that would be a dream come true.

Playing the shows and seeing the crowd react to us and sing our songs back. The best part of being a musician is interacting with the fans both on and off stage we are so grateful for all of our fans and are blessed to have a truly amazing and loyal fan base.

Definitely the rejections and the amount of different people you have to pitch your music too as well as the labels who will only give you a look in if they deem you marketable enough for them. It’s all just a game which has to be played but I think it can be at the expense of truly amazing art.

Sleepy Beaucat's new single 'Straitjacket' is available to stream now. Check out the new video for it in the player below.

1 hour 31 min ago Following on from the release of their highly-praised 2017 LP 'After Laughter', Paramore have now