Getting To Know... Superbloom

Getting To Know... Superbloom

Their new single 'Paper & Stone (Acoustic)' is out now 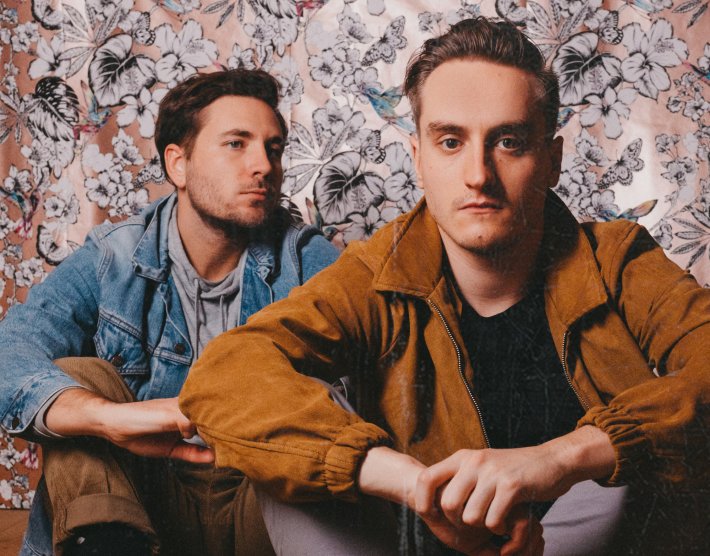 Following the release of their terrific single 'Paper & Stone' earlier this year, London-based duo Superbloom have now returned to deliver the acoustic version of their latest effort.

Channelling a wonderfully warm and wistful direction for this new rendition, 'Paper & Stone (Acoustic)' adds a broader and more euphoric texture to the original recording. Highlighting the pair's bold and soaring lyrics, as well as its atmospheric tones, this new release showcases some of their most vibrant work to date.

So with the new single available now, we sat down with Rob from the pairing to find out more about his origins and what has inspired him most over the years.

I guess the first instrument I truly fell in love with was the electric guitar, which I didn’t start playing until I was about 14. I played piano for years before this, but was never really enamoured by it. My brother played guitar from a young age so I was inspired by him and the general ‘wanting to do everything your older brother does’. As much as I love the guitar, I look back now and wish I’d stuck at piano as well. I still dabble but don’t have the time to fully commit to it. The piano has an incredible sound and I also feel like it provides a gateway to a lot of music theory concepts that I’d love to know more about.

Me and Sam grew up in the 90s, which was an amazing decade for music. I was a big grunge fan, particularly of Nirvana and Soundgarden, but other bands I remember avidly listening to were Incubus, Manic Street Preachers, Tom Petty and the Heartbreakers, The White Stripes, QOTSA…the list goes on!

We strive to write original and contemporary music, but we hope people can hear the influence of the 90s in our songs.

I’m not sure about the first album I owned, but the first album I remember really loving was Jagged Little Pill by Alanis Morissette. It was my Dad’s album - he had a big influence on my music taste when I was growing up. I still think this is one of the best albums ever made.

This is about as difficult a question to answer as ‘what’s your favourite song of all time’…there are so many, and it’s hard to compare songs of different styles. In terms of composition, I wish I’d written Hysteria by Muse. I don’t listen to loads of their music, but I think that particular song is perfectly written from start to finish, and the riffs are incredible.

Another one is Taro by alt-J. Again, in my eyes it’s more or less perfect compositionally.

I spend a lot of time tracking guitar/vocal/drum ideas in my ‘home studio’ i.e. my spare bedroom. This is normally our starting point for new music. Once I have a full arrangement, Sam and I will get together in the practise room with some other musicians we know and have a play through. We’ll then use this live setting to spice up certain parts.

I’d say the worst thing you can do when writing is force it. Writers block is a real challenge as a musician, and sometimes it can last for months, but the only thing you can do is wait until the right kind of inspiration comes along to break you out of it. It always seems to happen eventually!

The weirdest habit I can think of is writing music in my sleep. Sometimes I’ll dream that I’ve written a song or a melody and I can hear it playing back. If it’s still fresh in my head when I wake up, I’ll sing it into a voice-note and come back to it later. I have no idea whether this happens to other people or if I’m just nuts?

I’m really into All Them Witches at the moment, and have been for the past couple of years. They exhibit a lot of genre crossover and it’s really hard to define their sound. This makes them unique and that’s what I like about them. I also think the lead guitarist, Ben McLeod is one of a kind in terms of his writing and his tone. Some of the other artists I’m loving at the moment are White Denim, Steven Wilson and Brother Ali.

Assuming you mean artists who’re still alive, at the moment I would say White Denim. I’ve not yet had the pleasure of seeing them live, and I’d love to share a stage with such incredible musicians. I also get the impression they’ve got a wicked sense of humour, which I think would make for an interesting after-party!

I’m a big sports fan, so I’d also love to play at a big sporting event, like the Super Bowl half-time show or something. That’s not too much to ask is it??

In the absence of live performance (which is usually one of the most rewarding parts) during the pandemic, we’ve found the feedback and support we’ve received from our fans the most rewarding thing. We’re so pleased and proud every time someone reaches out to tell us they’re enjoying what we’re doing, it means the world. We’ve also worked with some hugely talented producers and musicians in the studio over the past couple of years, and have learned a lot, which we’re very grateful for.

Me and Sam are both perfectionists…and that’s an understatement. One of the most challenging things about being a musician is knowing when to draw a line under a piece of work. Occasionally, it can be frustrating trying to find where that line is. I think we’re coming to terms with the fact that perfection doesn’t exist in any creative discipline, and trying to please everyone never ends well.

We regularly get told not to overthink things, and it’s always a great bit of advice. As a musician, it’s so easy to slip into a habit of questioning every creative decision you make, so it’s nice to be reminded that there’s very rarely a right or wrong answer. When I was younger I’d spend months, and occasionally years, working on a piece of music, an EP or an album, striving for perfection before I was confident enough to release it to the public. Eventually I’d end up resenting what I’d made because of the pressure I had put on myself, which was entirely counter-productive. It sounds a little cliché, but it really is pointless unless it’s fun. Of course, we want success, and it’s important to take certain things seriously, but this advice has allowed me to write and create with a lot more freedom.

Superbloom's new single 'Paper & Stone (Acoustic)' is available to stream now. Check out the new video for it in the player below.

20 min 5 sec ago After spending the last few months collaborating with the likes of Ibeyi and Mura Masa, Pa Salieu