Her new single 'Take My Hand' is out now 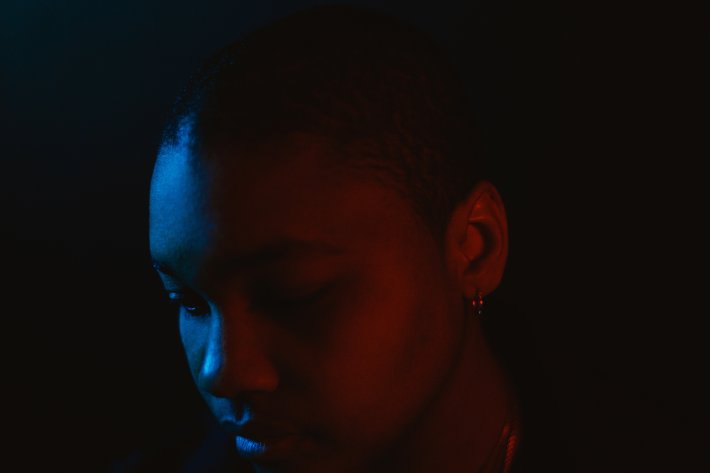 Having already impressed so many with her run of releases these last few years, fast-rising artist T R U V O N N E returns for 2023 with the captivating new single 'Take My Hand'.

Capturing more of that warm and ethereal R&B-inspired aesthetic she is known for, 'Take My Hand' makes for an incredibly rich and alluring listen. With her warm yet haunted voice layered across an atmospheric production from start to finish, this one is sure to make the hairs on your neck stand on end.

So with the new single available to stream now, we sat down with her to find out more about her origins and what has inspired her most lately.

The guitar. I was playing basketball at the time in highschool and when I got injured that's pretty much the only thing I had that I could do so, I fell in love with it right away. I was awful but I loved it.

Oh man, to be honest, I listened to blues like Joe Bonamassa and psychedelic stuff BUT I was in love with Snow Patrol and The Fray too so it depended on my very fragile emotional state lol.

I think it was NOW 6 back in the day but I was given that one haha the first one actually bought was Snow Patrol "Eyes Open" I think.

I love this question so much, I have a playlist on spotify called"songs I wish I wrote" because there are so many that just hit BUT If I chose just one It would have to be "Medicine," by Daughter, I honestly feel like the lyrics tell such a beautiful story and aesthetically it is so ethereal when you listen to it, It is truly an experience.

I usually just have a fresh canvas and go with an emotion or instrument first. Usually start with a synth or pad, something that fills a lot of space so I can get the mood of the track. A lot of times with some ambient guitar.

I have been listening to a lot of Bon Iver and Daughter... But also Ben Howard, Hollow Coves and Fink. A lot of atmospheric stuff.

Honestly it's when the visual is done that I find it the most fulfilling. I love movies, I love film, I love TV and I love seeing visually what brings the music out the most. Like after everything is said and done what does the entire story look like from start to finish. Once all of that comes together which usually takes a long time it makes me so happy and makes everything worth it.

Probably hearing an idea in your head and not being able to relay the message. That happens so often and even if you produced what you heard, if you lay down lyrics all of a sudden it still just doesn't sound the same and you're like damn, I know that was a good idea I just don't know where it went lol That same energy could be passed visually as well. When you have a really good song and you are struggling to put the visual together whether it's a budget issue or just a creative issue for you to be able to bring it to life.

The best advice I have received was to always self reflect and be honest with yourself. I think a lot of times you can get caught in chasing a number, popularity, things that worked in the past you are just trying to replicate but if that's not where you are it's going to come off inauthentic anyways so just write where you are at, and grow from there. We are always changing and evolving and that's the beautiful part of creation.

T R U V O N N E's new single 'Take My Hand' is available to stream now. Watch the new video for it in the player below.

2 hours 51 min ago Following on from the release of their highly-praised 2020 debut LP 'Bedroom', bdrmm have now ann

1 hour 21 min ago After spending the last few years delivering a wealth of fresh and explosive anthems, Iowa-based