His debut single 'Wolves' is out now 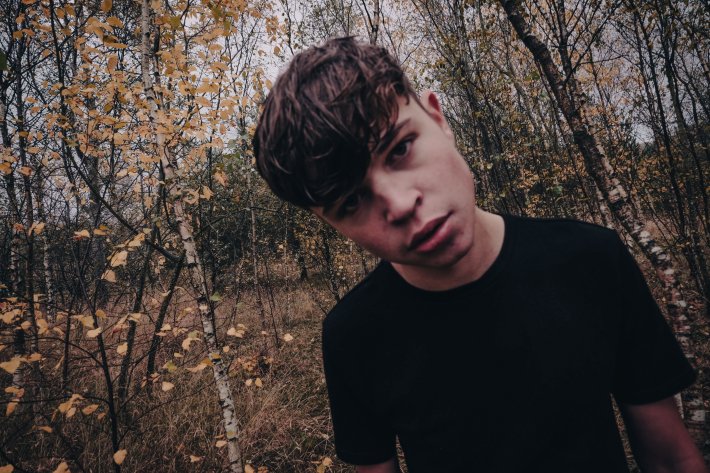 Having already performed at Glastonbury and Kendal Calling, as well as supported the likes of Sam Fender and Catfish & The Bottlemen, 17-year-old newcomer Tom A. Smith has already achieved more than most artists dream of, and now delivers his long-awaited debut single 'Wolves'.

With already a huge amount of buzz building behind the artist, there was never any doubt that his initial effort would be anything short of an absolute belter! Channelling the rich and pulsing rhythms of acts like The Cure, 'Wolves' cements him as a true talent emerging on the scene, and someone we can't wait to hear more from.

Definitely the guitar, I had lessons from three different members of the same band so I was learning drums at the same time but it was always guitar for me. I started playing at age 4.

Our house was always full of music. I heard Sam Fender saying in an interview the other day that everyone listened to Green Day when they were 12 but my influences were nowhere near that. We had The Beatles, Bowie, Echo and The Bunnymen and literally everything playing all the time. Later on when I was 13ish I got into Led Zeppelin.

My first album was a gift of James Bay’s Chaos and The Calm. Haven’t listened to it for quite a few years but there were some bangers on there.

Half The World Away by Oasis is just a simple, beautiful song. There are many more complicated songs I appreciate but that is just perfect.

I always write lyrics first and try to get the music to fit them. I think I must like poetry because I enjoy rhyming and unusual structures.

I love listening to Martha Hill from the North East. She's fantastic. Holly Humberstone has had a few moments of magic recently too.

Paul McCartney every time. Just watched Get Back and watched him come up with all those classics in a couple of days! Ultimate genius!

There’s nothing better than music for any situation in life, it can make you happy, sad, thankful, passionate, every emotion. I can help make someone feel different and that’s a skill. Performing live and being in the moment is the most perfect thing.

Being completely undervalued as a career unless you are at the very top. It takes a lot of effort to become highly skilled but it means nothing to most people. It's frustrating that people would spend £80 on a ticket to see Ed Sheeran who is great at what he does, but then won’t spend £5 seeing 3 brilliant acts that are equally as talented but haven’t had the opportunity.

Tom A. Smith's debut single 'Wolves' is available to stream now. Check it out in the player below.