The producer's debut single 'Cosmic Mess' is out now 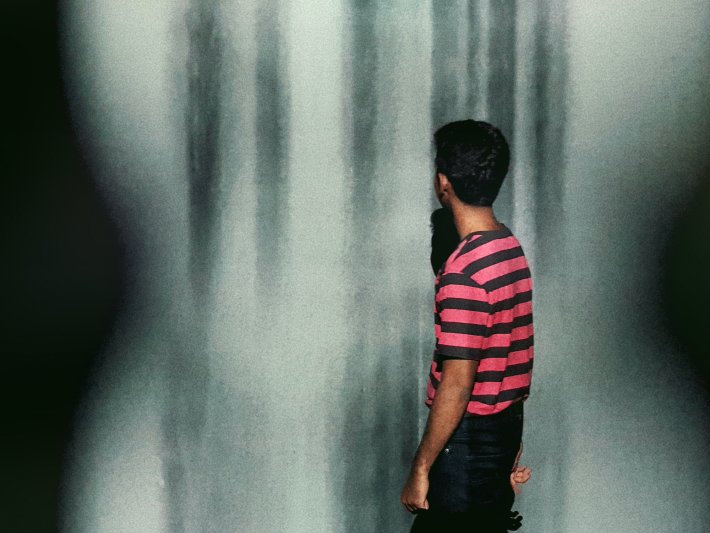 As an artist that is looking to stay as DIY as possible; writing, performing, programming and recording everything himself, Manchester-based newcomer Warahenege is certainly making a bold impression on his debut single 'Cosmic Mess'.

Channeling a rich and ambient atmosphere throughout, 'Cosmic Mess' makes for an incredible introduction to his work. Filled with soaring aesthetics, wistful production, and his own soothing voice at the helm, expect this to be the first of many captivating offerings from the producer in the months to come.

So with his new single out and about, we sat down with him to find out more about his background and what has inspired him most over the years.

Definitely the electric guitar. I had the obligatory hard rock/metal phase when I was about 13 and there was no way I was gonna get Iron Maiden out of a piano. I did have some misgivings when I eventually discovered indie’s affinity for synthesisers but I eventually got over it.

Artists-wise I have to mention Elliott Smith, Spoon, The National, Radiohead, Grizzly Bear and TV On The Radio. They all do/did their very own brand of lyrically heavy and musically complex but pretty brand of pop/rock. I really connected with them as a listener and they continue to be inspiring as a creator.

Because I grew up as a kid in Sri Lanka and my parents didn’t really listen to western music, I had no musical foundation to build a taste from when I found myself in England. All that said, in my early teens I had a time where I was super into hard rock with a curious and relatively short lived detour into power metal. Things carried on like that until I was about 17 and stumbled upon Elliott Smith’s Roman Candle and The Antlers’ Hospice followed by Radiohead’s OK Computer and they - I don't mean to be hyperbolic - changed my life.

About 3 years ago, while lying face down listening to music in bed, my playlist shuffled onto Sophie by Strange Ranger which is quite a simple but stunning sub-2min track. I remember that being a singular event that made me jump out of bed and start recording there and then. More generally speaking, there’s so much joy to be had in the creation process itself and another equally profound kind of joy in that someone somewhere in the world may have genuinely connected with it.

I’ve been giving a lot of time to Feng Suave’s EP Warping Youth these days. I was absolutely blown away by the track People Wither in particular. I can’t say enough good things about it; I think it might be a perfect song. Those two dudes are frighteningly talented.

It’s a good question! One can dare to dream! It’d be incredible to open for Bon Iver. Justin Vernon is so talented that I’m not entirely sure he’s human. While daydreaming, I’m eagerly waiting to see him from the other side of the stage live in Manchester.

I suppose I don’t yet feel much like I’m deserving of the title of musician. Though it’s what I love, I’m currently having to pursue it alongside working full time in the NHS which takes up most of my time. So I’m really hoping to be able to dedicate more time for music next year and scale back the medicine. I really find music incredibly fulfilling in a completely different way so in answer to the question, I suppose I would continue working as I am now but with a frustrating and ineffable existential dread that music is a salve for. Fun.

You know what, with regards to music, I don’t think I’ve had any advice. What a boring reply I know! I’ve generally kept things under wraps until the release of Cosmic Mess. So if any of you lovely people have any advice, hit me up!

Warahenege's debut single 'Cosmic Mess' is available to stream and download now. Listen to it in the player below.

23 hours 48 min ago Following the release of her highly-acclaimed EP 'SHE' near the end of last year, Winona Oak has