Getting To Know... Yuka Tree

Getting To Know... Yuka Tree 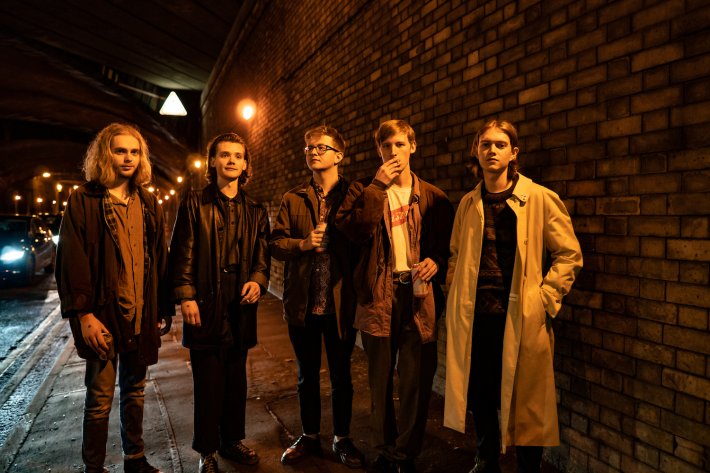 After establishing themselves with their breakthrough debut single 'Preacher' earlier this year, Sheffield-via-Manchester-based outfit Yuka Tree have now returned to share their blistering sophomore effort 'The Man In The Leather Laced Shoes'.

Channelling the same bold and energetic post-punk aesthetic as acts like Fontaines DC, 'The Man In The Leather Laced Shoes' sees the group return in formidable style. Filled with killer hooks, vibrant pace, and some engaging vocals throughout, these guys look set to become one of the most talked about new names of the moment.

So with the new single available now, we sat down with frontman Kieran Breese to find out more about his background and what has inspired him most over the years.

The guitar. I started playing guitar properly when I was about 14 but I got my first one when I was 9, copying off my big sister who played.

Anything that was playing in the house, whether it was pop punky stuff my sisters played or older British bands and mod/ska music like the who, the jam, the specials from my dad. I don’t think I had a big interest in other music until I was about 14/15 when I got into the smiths and other indie stuff.

The first album I remember buying with my own money on my first iPod was American Idiot - Green Day.

Anything from the first libertines album, maybe the good old days. Or something by Ed Sheeran so I could be answering this interview from my mansion.

Because I just write the lyrics, I like to listen to the instrumental a lot and see what lyrics I already have would fit the vibe of the song. I write the odd line/lyric down quite often so I usually have somewhere to start from. I find a completely blank page very daunting when writing.

In a dream world the Arctic Monkeys would invite us to join them on their next arena tour. More realistically, the specials and the libertines often give their opening slots to up and coming bands.

Playing live and getting a good reception. We recently played a gig and got an email from someone asking about a specific song that we played which he enjoyed, which felt really good.

When things don’t go right that you can’t help, like technical difficulties or equipment not working. It feels like you’ve been cheated out of a good show.

The best advice is the advice that you hear a lot, just to do your own thing and make music for yourself rather than trying to guess what people will like. And just to keep pushing and keep playing, just for the love of it.

Yuka Tree's new single 'The Man With The Leather Laced Shoes' is available to stream now. Check it out in the player below.

8 hours 23 min ago Having already delighted us with a flurry of warm and sweeping releases these last few months, US