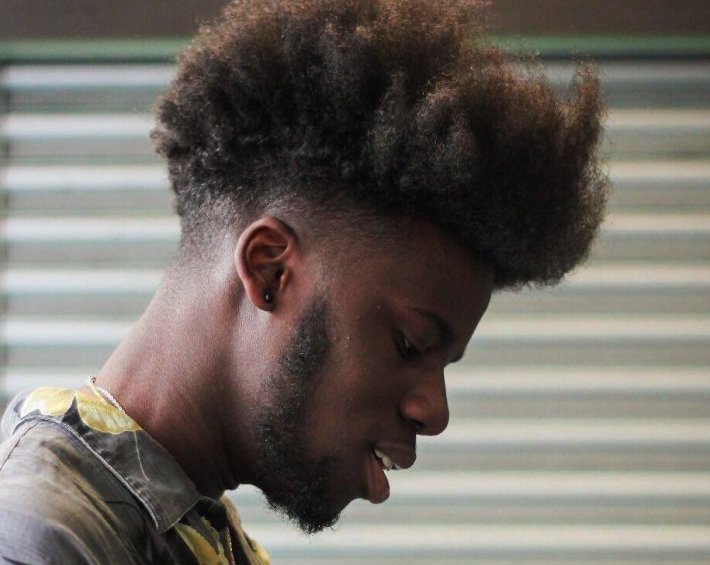 With a flurry of buzz throughout the year, newcomer Anjelo Disons is already looking primed to become one of the biggest new names in the UK RnB scene. So we thought now would be the perfect time to sit down with him to discuss his influences, where he sees himself going, and more details about his brilliant new single 'Sweet Love'.

Hi Angelo, how are you today?

For those who haven’t heard of you yet, how would you best describe your music? Who are your greatest influences?

I like to describe my music as a pallet of emotion deeply routed with RnB, Gospel, Soul, & Jazz influences. Artists who are my greatest influences would have to be the likes of Stevie Wonder, James Brown or Marvin Gaye.  It’s a hard question because I feel I’m influenced by anyone and anything that helps me understand myself and the world around me more. Anything can be an influence to be honest.

You are a still a very young man but seem to have quickly found a sound that suits you to a tee. Can you tell a little about how long you have been making music and what ideas you have tried over the years?

I was around 13/14 when I first started making music when my friend Josh started to teach me guitar. Acoustic music was deffo one of my first loves. I’ve always tried to looked at music conceptually, emotion is an important thing for me whenever I sing, song-write or produce a song. I try not to limit myself to a sound but like to constantly develop an understanding of what is needed on a tracks to present the concept. I’d say I go through loads of different stages of listening or practicing different genres of music depending on how I feel or what I want to learn at the time. I’ve grown up around talented musicians through secondary right till college.  That definitely played a big part in my sound as I started to take my music from acoustic ideas I had to whole band arrangements.  The musicians I play with, The Oracle, are like family and we constantly try to push each other to improve our abilities to create the sound we’re looking for.

Your latest single ‘Sweet Love’ is filled with this great warming feeling that seems to ooze soul at every turn. What was the inspiration behind this song? Is it written about something personal to you?

Thanks! Well, an inspiration while writing the song was a friend who was in hospital at the time. I remember seeing the effect “love” from friends and family had on her entire mood and the genuine joy that came from their presence. I began to write the song after reflecting on the power of love in people’s everyday life. I had a session with a good friend Kemi who also wrote and my guitarist Josh. We tried to make lyrics come from the perspective of being in a relationship as it would be more relatable to everyone; wanting love from a partner. The purpose of the song for me was to explain how everyone needs love to get through even the hardest situations.

The track is taken from your upcoming EP ‘For The Love’. With it clear that love is a big part of your writing style, can we expect a very cohesive release or are you planning to throw in a few surprises as well?

Well it does have a running concept and I like continuity so I like to tell stories in every way possible. Never know though, surprises do make stories interesting.

You have already had a cracking year so far, but we are heading towards the end of it, what are your plans for the rest of 2018?

Yeah man it has been. I just want to perform the music now that it’s finally coming out. Performing as much as possible and spread what me, The Oracle and the entire team have been working on.  To see people connect to the music or even just feel something  when playing live is one of the best parts of making music.

Although things have only just begun for you, new artists always have a checklist in their head of things they would like to do in their career. So what would be your dream scenario as you progress in the years to come?

Loads of things I could think of but it would have to be to reach a stage in which I can tour internationally with The Oracle. To play music that I’ve made with my best friends around the world would be a dream for sure ! Also to think of all amazing musicians not just from London but all around the world to collaborate with has me excited all the time.

Anjelo Dison's new EP 'For The Love' is due out on the 3rd September, with his latest single 'Sweet Love' available to download now. Check out a live performance of it in the player below.

21 hours 30 min ago With their eagerly-awaited new album now just over a month away, Death Cab For Cutie have now dro