INTERVIEW: City Calm Down discuss life on the road, reinvention, and their latest album 'Television'

INTERVIEW: City Calm Down discuss life on the road, reinvention, and their latest album 'Television' 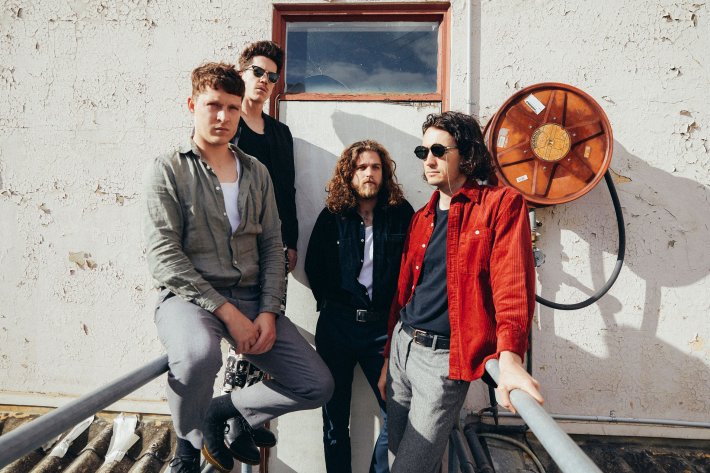 Since first emerging back in 2015 with their heavily-praised debut album 'In A Restless House', Australian indie-rockers City Calm Down have gone from strength to strength in these last few years. With world tours regularly on their schedule, the band recently returned with their third studio album 'Television', little more than a year after their sophomore effort 'Echoes In Blue'. So with their promotional endeavours kicking in, we took to opportunity to find out more about their road life, personal ambitions, and what sets their latest record apart from their previous releases.

Hi all, how are you today?

You are based in Australia but have regularly headed over to the UK for shows these last few years. Can you tell us how the British fans compare to your homecountry?

We’ve played some our most memorable shows in the UK. Glasgow was fantastic when we were there last. We tend to attract a fairly mixed audience in terms of age. It’s the same at home as it is in the UK.

You have just released your third album ‘Television’. Can you tell us the inspirations behind that release?

A lot of the songs on this record draw on childhood experiences - they're not strictly autobiographical though. Many of my favourite moments on this record draw child-like sentiments into the adult world - for example, 'Visions of Graceland' is more or less about the child like antics of some of the politicians in Australia (and abroad). That's not to say we should try and escape our inner child - we're all for that - but there's a time and a place for it and parliament is probably not one of those places!

It also arrived just over a year after your sophomore LP ‘Echoes In Blue’. So would you say it is a continuation of that release or have you tried to adopt something new into your latest release?

'Television' is quite different to Echoes in Blue, both sonically and thematically. We were quite focussed on writing and producing a different record this time around – we’ve been making music together for over 10 years so it felt like time to change things up a bit and get out of our comfort zone.

Now that the album is out, are you planning any tours during what’s left of 2019?

After we wrap up the tour of the UK and Europe we’ll be heading back to Australia for a run of shows and then that will probably be it for this record!

And what about your plans outside of music? What are you planning once the tours and promotion have finished?

By the time our touring wraps up it will almost be summer in Australia – it’s been a bit of a cold winter so getting some vitamin D will be high on the agenda.

And finally, given the journey you have been on the last few years, what has been your most memorable point of being a band?

We headlined a Melbourne venue called The Forum last year, which was a fantastic night. We saw a lot of our favourite bands there when we were growing up so we were pretty chuffed!

City Calm Down's latest album 'Television' is available to stream and download now. Check out the new video for their single 'Mother' in the player below.

15 min 36 sec ago With their eagerly-awaited new album now just a few weeks away, Superorganism have dropped yet an

4 days 13 min ago After spending the last few years delighting us with a flurry of fresh and exciting singles, Lond