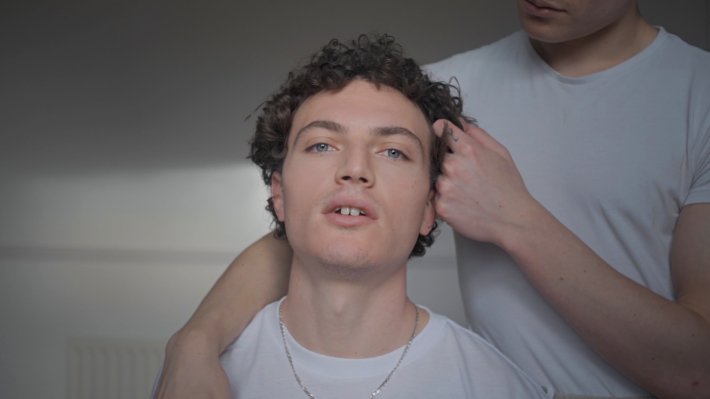 After a two year musical hiatus, singer-songwriter Max Pope self-released his 'Up' EP in September last year, which went on to get early radio support from the likes of BBC 6 Music and Beats 1 and saw Max play a handful of intimate shows in the months proceeding. And after further honing his craft, the frontman recently returned with his latest single 'Just Friends', described as a bold and heartfelt emotional love story.

So with his name firmly back on our radar, we had a quick chat with Max to find out more about his musical influences, what he has in store for us, and what it is like returning to a career after such an extensive break.

Hi Max, how are you doing today?

Right now I’m feeling a little unnerved by our governments plan to deal with Covid-19. Tricky times are on their way I think.

For those that aren’t familiar with you yet, how would you best describe your sound?

You decided to take a two-year hiatus before releasing your latest EP ‘UP’ last year. What made you give up and did you feel that was necessary to get your creativity and songwriting back on track?

I didn’t give up. I went through a difficult period in my life, which was partially due to being involved with the music industry at such a young age. I took some time out to focus on my creative output without any commercial agenda. It’s easy to become outcome orientated and forget to enjoy the process of creating, just as it’s easy to fixate on the future instead of living in the present. I started to make music solely for myself, and regained my love for songwriting in the process.

And do you feel more confident since you have returned?

I’m happier with the music I’m making now than I have ever been previously. It’s coming from an entirely natural place.

You just released your latest single ‘Just Friends’. Can you tell us what the inspiration was behind that?

I’m interested in our resistance to love (and pain). Our urge to fight change and the desire to control our relationships.

And do you think that your audience will be able to connect with the lyrics in some way?

I think it’s quite a relatable love story, so I hope so.

It is still early in the year but do you have any plans for the rest of 2020 that we should know about?

I’ll be releasing something new in June/July. I’m supposed to be playing a few festivals over the summer, but I’m not sure if they’ll be going ahead in light of recent news. I’ll be playing some UK shows in Autumn so stay tuned.

And as someone that fell out of the music scene before returning, what advice would you give to a fellow artist that may feel like quitting as well?

Prioritise yourself and your own vision. Don’t let anybody put you down and do things on your own terms, at your own pace.

Max Pope's latest single 'Just Friends' is available to stream and download now. Check out the new video in the player below.

5 hours 9 min ago With their highly-anticipated new album set to land in the coming months, Paramore have now unvei