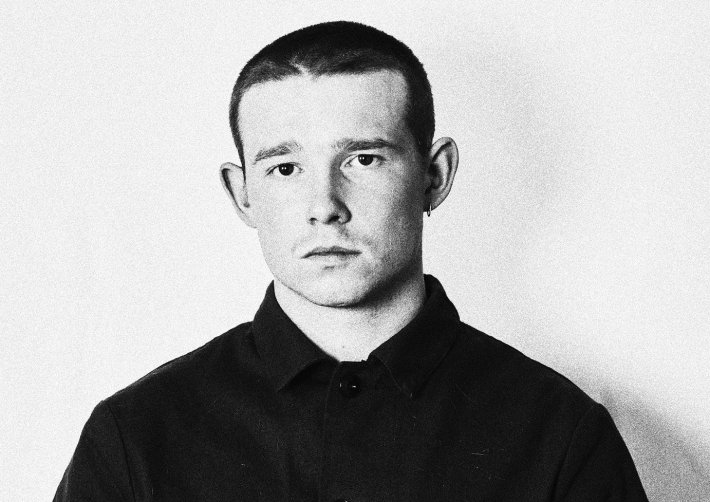 After breaking away from his formative outfit The Carnabys some years ago, frontman Jack Mercer, now known as VC Pines, has been quick to reinvent himself in a new light. With a flurry of brilliant singles throughout 2018, Jack has kicked off his new year with the unveiling of his latest work 'Vixen'. So we thought we would sit him down to find out what he plans to achieve, where he is going, and what we can expect from him in the year to come.

Hi Jack, how are you today?

Not bad thanks, having a chilled Sunday at the moment.

You were previously the frontman for indie-rock outfit The Carnabys but have spent the last year producing records on your own as VC Pines. Do you find working on your own more freeing as supposed to being in a band?

Yeah absolutely, being able to make quick decisions without compromise is something you don't really see, but the moment you're able to do so, you notice all the little differences in songwriting to production to every aspect really. There's also room for a lot more experimentation, not that we didn't try every angle of arrangements previously, but even more so now with instrumentation/lyricism etc.

And this new material seems very different from your work in The Carnabys. Has that always been the intention or has going solo allowed you to find your own style?

I always knew I'd like to make music on my own, but didn't realise it was going to happen so soon. I've always loved soul/motown music and the vast instrumentation and melody that comes with them. I also grew up on a lot of punk, so that John Cooper Clarke-esque spoken word stuff has always really resonated with me. Saying that, neither of them are what I really aim to have at the end of a song, I don't really aim to have anything if that makes sense? I just let it all crash together in my head and hope that it all fits into place. If it doesn't, it takes a bit of work but ends up somewhere around Vixen etc and the rest of the music that'll be coming out this year.

Your latest single ‘Vixen’ has been getting plenty of praise these last few weeks. Can you tell us more about what this new song is about and where the inspiration for it came from?

I've always had a specific type of song known as a 'cigarette song's to me. It'd be the type of tune I'd listen to when I was at school and have a cigarette out my window when my parents went to sleep. So that first verse of Vixen is definitely that. I'd also hear foxes doing the naughtiness in the garden throughout most of the night. It was around that age when I was diagnosed with epilepsy too. One of the symptoms I have is a kind of momentary mental vacancy where I'm not really in the room/inside my own head which I can imagine can look unnerving and people were talking about it behind my back but it's just a symptom - (quiet in the dark while the vixens cry) -. There's not really anything you can do and it's not a life threatening symptom. The more I thought about this the more I realised I'd been vacant in general and had been so focused on studio time and music etc which is great! But also that I'd taken far less time to focus on the people closest to me so yeah, the song's kind of an apology for that too.

This single also comes after a year of great material and live shows. So can you tell us if there is an album or larger release waiting for us in the near future?

Cheers man! It's been quite surprising? Garden Of The Year was really well received at BBC 6 Music which felt really reassuring. There's definitely a plan for this year and there will be an EP coming out soon…

Your live shows have also been commended for being so explosive, usually with up to seven members in your backing band. Have you always wanted to perform this music with a full band behind you?

I've always loved the live side of being an artist, so making it - what I think - as good as it can be with the full band, including a small brass section is wicked. I also quite like the differences between the studio versions of the songs and the live show. They each offer something different to suit each medium, I think that's also an incentive for coming to the show? You're not gonna get the same thing you get from listening to the songs at home? But yeah having a full band like that has always been a dream.

The year has only just begun, but have you got any exciting live dates coming up that you are particularly looking forward to?

Headlining The Lexington on the 3rd April! Can't wait for that, really working on the show too. Tickets are on sale now!

VC Pines may be only just kicking off, but have you already started thinking about a bucket list of things you want to achieve with this project?

Being a successful performing/touring artist has always been THE plan, so if I can do so with this project then great. I just want to be able to live off of my artwork and release the work that resonates with me. That's the dream.

VC Pines' new single 'Vixen' is available to download and stream via Fierce Panda Records now. You can check it out the new live version at Miloco Studios in the player below, and find tickets to his upcoming show at London's The Lexington on the 3rd April here.

4 hours 20 min ago After delighting us with a flurry of warm and enticing releases these last few months, James Vick

4 hours 37 min ago After establishing himself with a flurry of releases throughout last year, fast-rising artist Tot