INTERVIEW: William The Conqueror sit down to discuss influences, ambitions and their upcoming new album

INTERVIEW: William The Conqueror sit down to discuss influences, ambitions and their upcoming new album 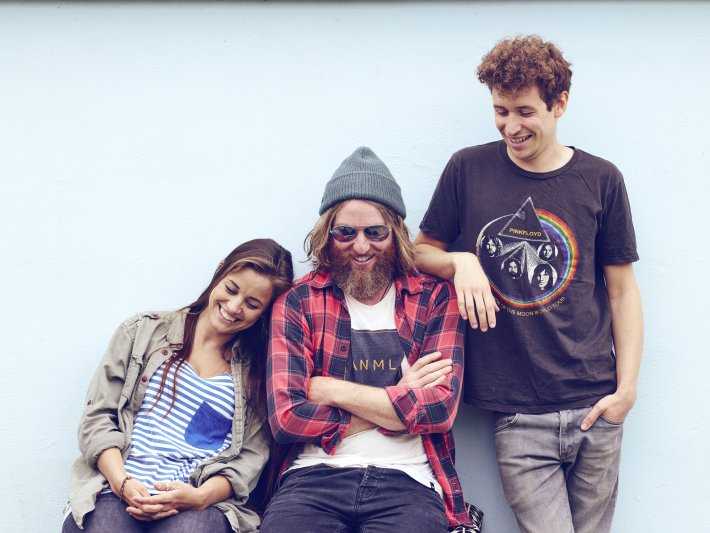 After releasing their debut album 'Proud Disturber Of The Peace' at the beginning of last year, the first of three autobiographical releases, William The Conqueror have quickly made a name for themselves as one of the more homely British outfit of recent years. And as they prepare to release their follow-up LP 'Bleeding On The Soundtrack' next month, we thought we would sit down with the group's Ruarri Joseph to find out more about their plans, their ambitions and just how much of these albums are based around their Cornish childhood.

Hi Ruarri, how are you today?

You are soon to release your second album ‘Bleeding On The Soundtrack’, which you have said is the second in a trilogy of autobiographical releases. Given your debut LP was about your childhood in Cornwall, can you tell us where this one plans to take us?

It’s more semi-autobiographical. My memory isn’t very linear and it’s interesting to me that you can remember something one way, have it inform part of what you become, only to find out it didn’t happen the way you remembered it. The fictional element removes the need to have a precise memory and just lets the songs and stories become their own abstract thing. The location doesn’t have much to do with the album, it’s more about the transition from childhood into adolescence and beyond. Some is set in Cornwall, some in New Zealand, some in London: wherever I happened to be.

And what was it that made you choose your own life as an inspiration for your band’s music? What stories were you keen to tell?

I’d only ever written about what was in front of me. I thought it’d be interesting to write about something that had already been. I wasn’t so much keen as compelled. Then I accidentally hit a vein and now I’m here!

Given this has a similar theme to your first record, did you find it easier to create or were there challenges that you weren’t expecting?

Roughly speaking the writing on all three hit at the same sort of time but by staggering the making of the records means you get to go back to things and refine them in order to keep the story fresh. There were a couple of songs on this album that came from nowhere, just before we put it all together. That weren’t so much a challenge as just things that I’d buried so deep they took longer to figure out.

You have previously said that the name William The Conqueror refers to a character, or myth that sometimes does not exist. Does this mean that some of these stories you tell in your music have had the truth bent a little?

Bent, twisted, embellished, dulled down, invented. William is the confident kid I was that believed he could do anything. Somewhere in my head I thought he’d have been disappointed in where he/I ended up so the band and the songs are a way of appeasing him, or proving something to him. He might have been confident but he didn’t have any wisdom!

It maybe too early to say, but as this is now the centre of your trilogy, have you got any idea of how you are looking to end it when you release the third album?

Many ideas all festering in a cauldron.

And once this new album is released, what plans have you got in store for the year ahead? Any particular gigs you are looking forward to?

We look forward to all gigs because it’s the only chance we get to be a band and can pretend that reality’s grind isn’t nipping our heels for the hour and a half we’re on stage. If people want to join us, we can at least guarantee we’ll put everything into it.

Given this year has just begun, what are you hoping to achieve by the end of 2019? Are there any goals you would like to see realised?

I could do with clearing out my shed so I can do some work. Musically where else is there to aspire to but up right now?

And finally, what has been the best thing about being in this band so far?

The in-jokes are becoming extremely nuanced.

William The Conqueror will release their sophomore LP 'Bleeding On The Soundtrack' on the 15th February via Loose Records, and are planning an extensive tour through the UK throughout the first half of 2019. To see a list of all upcoming shows, visit williamtheconqueror.net and listen to their latest single 'Looking For The Cure' in the player below.