The new track is her first in seven years 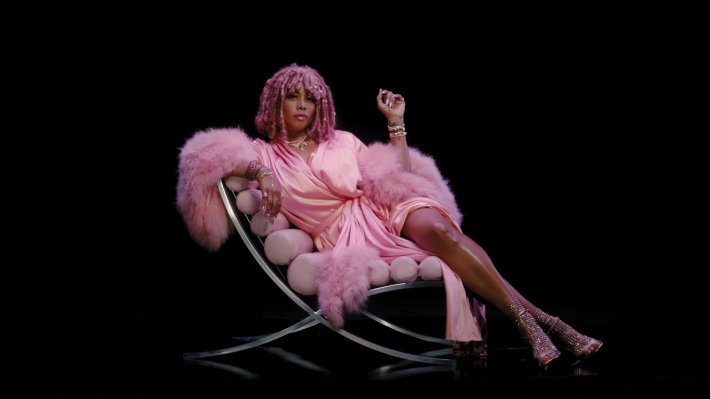 Having remained largely silent over the last seven years, Kelis has now made her long-awaited return with a brand new single.

The new track 'Midnight Snacks' is her first piece of new material since her 2014 LP 'Food', and once again sees her the topic of her music turn to food.

Speaking about the new offering, she said, "I was like, do I? I mean, obviously I do. It isn't intentional, but the idea is just that food is a very carnal thing. Everyone can relate to it. It's very human, it's sensual, it's something that you crave. And it's sexy.

"I heard the beat, thought it was dope, and the first thing that came to mind was 'Midnight Snacks'. The FaNaTix were like, what are you talking about? And I was like, it makes you feel like a midnight snack! And that was it."

Check out the new video for 'Midnight Snacks' in the player below.

Following on from the enormous praise for her 2019 self-titled debut album, SASAMI is back to announce the details behind her next studio album,... 3 hours 2 min ago

Having returned with a flurry of fresh and exciting cuts throughout the year so far, Sad Boys Club have now announced their plans for a new EP,... 8 hours 44 min ago

3 hours 2 min ago Following on from the enormous praise for her 2019 self-titled debut album, SASAMI is back to ann