The event will still see Sum 41 and Don Broco headline 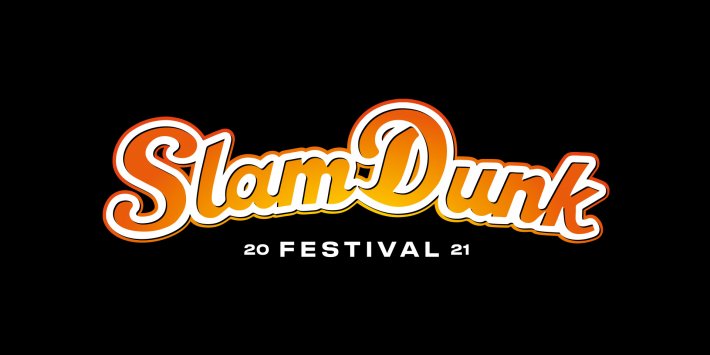 After sadly having to cancel what would have been their 15th anniversary earlier this year due to the coronavirus pandemic, Slam Dunk are still looking to make it to the iconic milestone as they announce the details for next year's event.

The line-up for 2021 is almost identical to that which was originally announced earlier this year, with Sum 41 and Don Broco still named as joint headliners, and acts such as NOFX, Billy Talent, While She Sleeps, Bury Tomorrow, The Used and many more making the majority of heavy hitters across the rest of the festival.

Speaking about the return, Festival Director Ben Ray says, "Not delivering Slam Dunk Festival in 2020 was hard, but with 2021 being the 15th anniversary we will be sure to make it a special one for us all. With overwhelming support shown by our fans by keeping hold of their tickets, I felt it was important to try to give them as many of the artists they bought their tickets for as possible. Therefore I’m so happy to be able to confirm the majority will be returning".

Slam Dunk Festival 2021 will take place on Saturday 29th May at Leeds Temple Newsam and Sunday 30th May at London's Hatfield Park, with tickets available now from www.slamdunkfestival.com See the full line-up so far below. 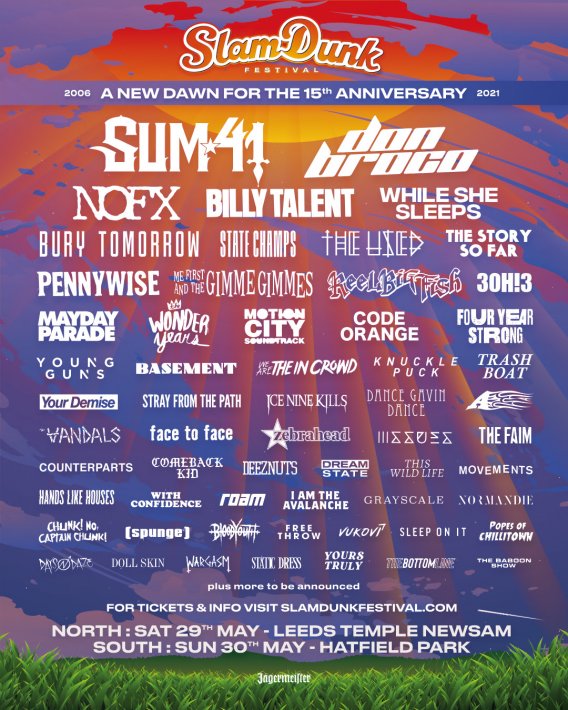 Despite only just releasing their highly-praised debut album 'Open Up Your Head' a few weeks ago, Sea Girls have already returned to share a brand... 2 hours 8 min ago 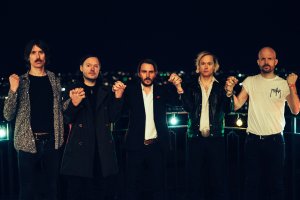 Following on from the release of their much-loved LP 'War Music' last year, Refused are back to announce the details of a brand new EP, expected to... 4 hours 14 min ago 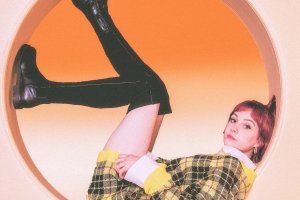 Following on from the huge success of her previously shared single 'Don't Turn Around' earlier this year, Biig Piig has now returned to share a pair... 20 hours 37 min ago 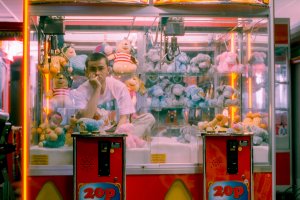 Following on from the huge success of their mixtape 'Junk Food' earlier this year, Easy Life have now returned to share a brand new single. The... 1 day 2 hours ago 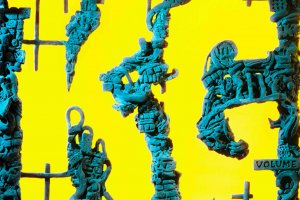 Following on from the release of their 2019 LPs 'Fishing For Fishies' and 'Infest The Rats' Nest', King Gizzard... 1 day 4 hours ago 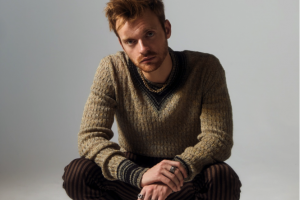 Following up the release of his highly-praised debut EP 'Blood Harmony' last year, FINNEAS is back once again with another new cut since that initial... 1 day 20 hours ago 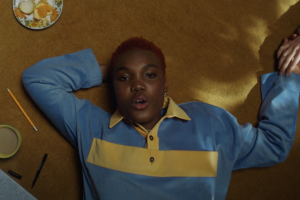 Having spent the last year or so releasing a wave of new material, covers, and collaborations, Arlo Parks has now announced the details behind her... 2 days 4 hours ago 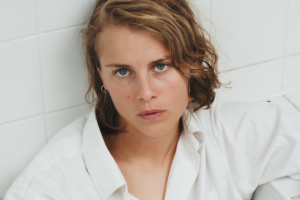 With her eagerly-awaited covers album set to drop next month, Marika Hackman has now unveiled a pair of new offerings lifted from her forthcoming... 2 days 20 hours ago 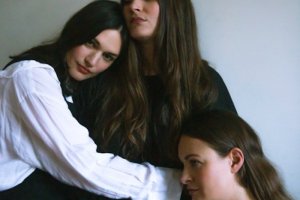 Following on from the release of their critically-acclaimed 2014 sophomore album 'If I Was', The Staves are back to announce the details behind their... 3 days 4 hours ago

2 hours 8 min ago Despite only just releasing their highly-praised debut album 'Open Up Your Head' a few weeks ago,

21 hours 29 min ago As an artist that always hopes his music will bring peace and inspiration to the world, emerging