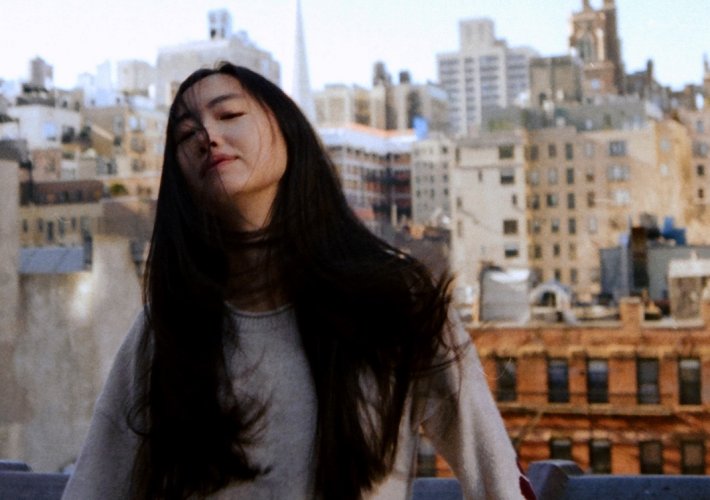 After making a name for herself with a recent clip on TikTok that emphatically answers the question, ‘why don’t women produce music?’, New York newcomer Sarah Kinsley is now looking to break new boundaries with her brilliant new single 'Karma'.

Co-produced by the woman herself, 'Karma' sees her channel a 'Rumours' era Fleetwood Mac vibe throughout. Accompanied by a stunning new video, directed by friend and collaborator Lux, this new offering showcases her as a bright and captivating name emerging right now, and has been released through new independent record label Everybody’s Music, launched by the London-based artist management team Everybody’s, which represents the likes of Keane, Jack Garratt, and newcomer Gretta Ray.

Speaking about the new offering, she said, “Karma was written completely by mistake around July or August of this past year. I had hit a wall with another song I was writing, I had such terrible writer’s block. All the lyrics I had churned out were repetitive, all pseudo-copycats of past work. I was recording a voice memo - as it usually goes since I love recording everything I sing or attempt to say - just mumbling on and on trying to expand the lyrics of this other song for a few minutes. And then there’s a moment in the recording where you can hear me actually realize these two phrases rhyme, karma and I want ya. I just completely moved to the next idea and started singing. Your superstition, my intuition says I want ya. Everything completely set fire after that. I turned on my amp and began settling into chords. I produced the chorus that same day.”

Sarah Kinsley is expected to release her debut EP in the coming months, and you can watch the new video for 'Karma' in the player below.

2 hours 59 min ago Following on from the release of their highly-praised mixtape 'Rōnin I' in March last year, UNKLE