His debut single 'Stairs' is out now 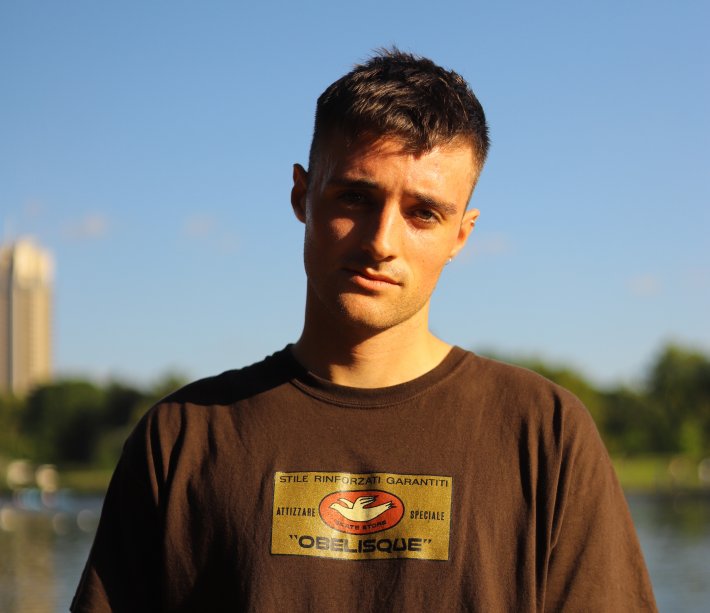 After spending the last few months building and developing his sound, Cheltenham-based artist Addezine is now ready to introduce himself to the world with his captivating debut single 'Stairs'.

Channelling a warm and breezy aesthetic from start to finish, 'Stairs' makes for a wonderfully rich introduction to his direction. Filled with sweeping hooks, uplifting vibes, and his calming voice layered throughout, this new effort spells a very promising future for this emerging name.

The first instrument I ever learned was the drums. When I was younger I wasn’t really interested in writing or making songs, I was just happy playing the drums.

I think just my life experiences in general. I think a lot of my writing tends to focus around relationships and attachment because I think this stuff carries the most emotional weight for me. I sometimes feel like I have to write about this kind of stuff just to get it out of my head so It doesn’t weigh me down.

I listened to a lot of rock music as a teenager, in particular Nirvana, Green Day, Foo Fighters and Queens of the Stone Age. I used to have an I-Pod which could only hold a certain amount of songs so I used to listen to the same albums on repeat everyday. During my later teenage years I started listening to hip-hop which really opened me up to all kinds of music.

‘Everlong’ by the Foo Fighters definitely inspired me a lot in my early teens and made me want to be a drummer. The drums on that track are crazy and still give me goosebumps now. But when I was 17 or 18 I heard ‘Love$ick’ by Mura Masa and A$AP Rocky. I feel like that song changed my life. It was so different to anything I had ever listened to before and I think this is probably what made me start producing music and eventually led me to writing my own songs. It led me down a rabbit hole into so many different genres and styles of music. It's definitely one of my favourite songs ever and makes me so nostalgic whenever I go back to it.

It definitely depends on what I’m doing. If I'm exercising then it will probably be hip-hop to give me some energy. I’m currently listening to a lot of Tyler the Creator, Dave and Brockhampton. If I just want to chill then I would probably listen to some Blood Orange, FKA Twigs or just throw on a chill playlist. I have a lot of playlists. If I need to concentrate on something I love putting on techno or house music. I change what I'm listening to a lot though, I guess I just play whatever makes me feel good at the time.

I would say almost all of them probably. I usually have certain people in mind when I'm writing stuff.

I think releasing my first ever single has been a huge milestone for me. Getting to that point where I feel comfortable sharing my music with the world and being vulnerable is huge for me. I feel like I'm just getting started though so hopefully there will be lots of memorable moments to come.

That is actually a tough question which makes me think I need to get some hobbies or something haha. I do love football though to be fair. Probably football.

I really want to write stuff at some point in my life. Like a book or a screenplay or something. I'm always coming up with ideas for movies and TV shows but I have just never got round to actually writing them. So maybe I would be a screenwriter. Failing that, I would like to own a cafe on the beach somewhere and make pizzas and smoothies.

Just be prepared to get rejected a lot I think. You can’t please everyone unfortunately so you have to prepare for your ego to take a battering. Otherwise just try and enjoy yourself and don't compare yourself to ultra successful artists.

Addezine's debut single 'Stairs' is available to stream now. Check out the new video for it in the player below.

7 hours 21 min ago With his highly-anticipated new album dropping early next year, Miles Kane has now unveiled the n

7 hours 14 min ago Just when you think the indie-rock scene has reached peak saturation, an artist comes along and f