Getting To Know... Coastal Town

Getting To Know... Coastal Town

Their new single 'Still Shining' is out now 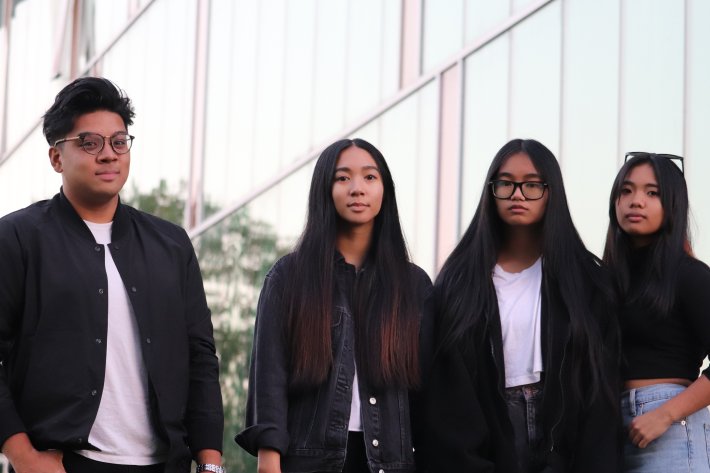 Following on from a flurry of bold and enticing releases throughout the last year, Vancouver-based outfit Coastal Town are now back again to deliver their latest upbeat gem 'Still Shining'.

Channelling a wonderfully fresh and joyous indie-pop direction from start to finish, 'Still Shining' makes for a brilliantly enjoyable listen. Filled with toe-tapping hooks, a disco-inspired groove, and soaring vocals throughout, this lot are certainly churning out the anthems right now.

So with the new single available now, we sat down with them to find out more about their background and what has been inspiring them lately.

The Guitar! We are a large group with lots of vocalists and lots of musicians, but since our songs are usually written on guitar, we try to feature it at least a bit on every recording.

We all have pretty diverse tastes; I think that’s why we still haven’t settled on a genre even though we’re halfway through recording album 2. When we write a song we like to go where it takes us, which is why we’ve dabbled in some Pop Punk, Indie Folk / Rock but mostly a lot of Indie Pop. The genre that really got me interested in music was probably Brit Pop though, especially the Madchester scene from the late 80’s and early 90’s!

I might be the only member of the group that actually owns any albums! And it will date me even more to say what my first one was. It’s a pretty obscure one called Spooky by a Shoegaze band called Lush.

There’s way too many but let’s go with When You Were Young by The Killers. That song always gets me, and it blends their Pop and Rock influences so well. I’d love to write a song someday that lands the way those lyrics do!

Yeah, I tune my guitar strings to random notes, so that I don’t know what they are. It’s kind of like a palate cleanser, so I don’t fall into old patterns of chord changes or melodic intervals.

The already mentioned Beabadoobee of course! That would be incredible! But maybe a more realistic goal might be one of the many amazing indie bands here in Vancouver, like Said The Whale, The Zolas or Hey Ocean!

Hearing your songs come to life in the studio! At first when we are jamming on a song it’s mostly just an idea in your head, but then once you finally get it in the studio it’s so validating. This thing you imagined is actually real!

When you just can’t solve the puzzle of a song, for sure! Sometimes it just doesn’t come together, and it’s hard to let a song go, or send it back to the drawing board.

Write a large volume of work. We have over 100 songs written now, but we’ve only recorded 9 of them. It’s nice to know that we’re working on our best material, but maybe a little sad to think that many songs will probably never be recorded.

Coastal Town's new single 'Still Shining' is available to stream now. Check it out in the player below.

11 hours 10 min ago With her eagerly-awaited new remix EP landing next month, Bess Atwell has now shared the next cut

14 hours 5 min ago After an astonishing run of form throughout his releases over the last decade, South African sing