Getting To Know... Dead Wet Things

Getting To Know... Dead Wet Things

Their new single 'Camp Freddie' is out now 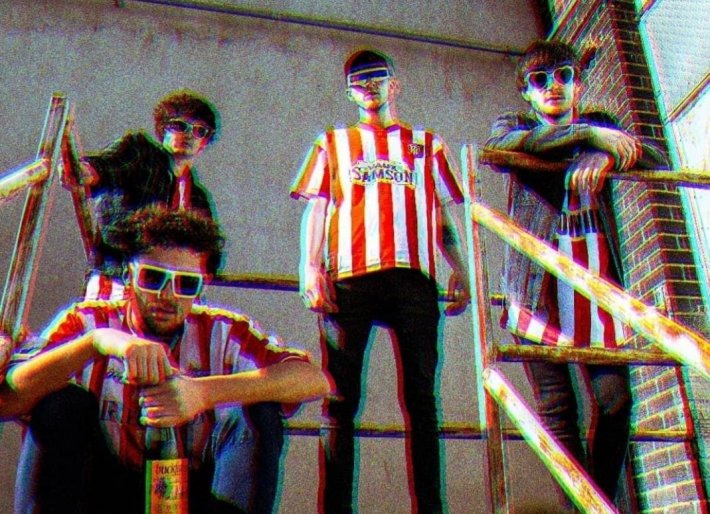 Channelling the same raw and energetic pace they are known for, 'Camp Freddie' makes for an incredibly intense listen. With its pounding direction, killer hooks, and unstoppable tenacity throughout, this new one sees them deliver one of their most vicious offerings to date.

So with the new single available now, we sat down with frontman Pablo Parker to find out more about his origins and influences over the years.

Kazoo, the guitar, and the didgeridoo.

Living in the hole that is Sunderland, our hometown.

Growing up we listened to a lot of music - anything from trance, alt rock to techno.

Yes, a long time ago I heard Scissor Sisters' There ain't no tits on the radio’ and that was the moment when I realised that that is where I wanted to be - on the radio with my tits out.

A Variety of awful songs. Mashed up playlists which I've never sorted properly from when I was young including venue boys to minimal techno.

Lots of songs, the most recent is about someone who's been in my life a long time who thinks it's okay to disrespect his girlfriend. It felt important to me.

It's not a good memory, but we had played a gig and the promoter told us we had to pay to get back in. Naturally we said no and told him what we thought of him. He backed down until his friends joined him at which point, he decided he wanted to play fist cuffs. Stupid man!

Eating, drinking and sleeping. I excel in these things.

Do not do what everyone else is doing, and don't be afraid of what people will like and dislike. Be yourself.

Dead Wet Things' new single 'Camp Freddie' is available to stream now. Check it out in the player below.

8 hours 37 min ago Having already delighted us with a flurry of warm and sweeping releases these last few months, US