His new single 'When The Fire Stops' is out now 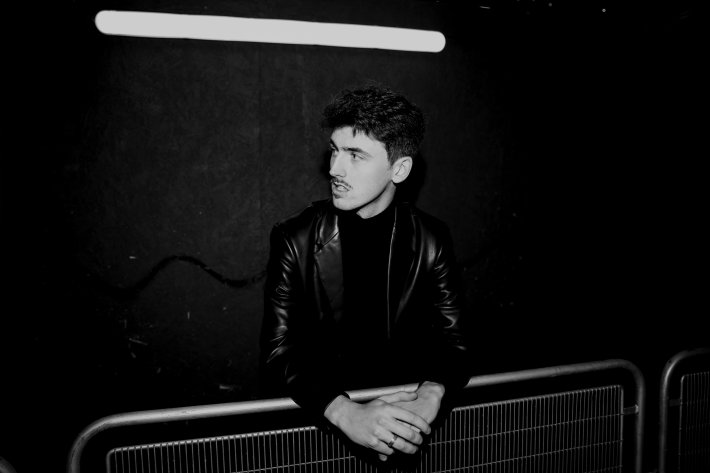 After breaking through with his incredible debut single 'She's Like A Drug' earlier this year, emerging artist Dylan Kearns returns once again to offer up his vibrant new effort 'When The Fire Stops'.

Sitting somewhere between the sounds of The Weeknd and David Bowie, 'When The Fire Stops' makes for a wonderfully riveting listen. With his broad and shimmering voice layered amongst a driven production throughout, he is continuing his rise as one of the more enticing names arriving on the scene.

Guitar - I remember hearing ‘Sweet Child o Mine’ on MTV and instantly wanted to learn how to play it.

I used to love (and still do!) bands like Catfish and the Bottlemen, Two Door Cinema Club and The Arctic Monkeys. I think the AM album is my most listened to ever!

If I’m honest I don’t think I ever have! My father has a huge case of cd’s that I used to listen to in the era of cd’s, with the likes of the Red Hot Chili Peppers and Guns n Roses, but then it all went online and I’ve had Spotify for as long as I can remember.

I always try to find a catchy melody because I think that's what people catch onto the most. Then I go about writing the song around that.

I've been listening to a band called Parcels a lot recently! They’re very funky and their live show is amazing.

I think it would be John Mayer (Genre aside). Starting out as a guitarist I think he’s the best of our generation at blending guitar with pop songs.

I would say right now I’m enjoying my time in the studio. I love creating stuff and working with new people.

For me the most frustrating part is getting your voice heard among the masses. There's just so much good music and content out there (which is also great!) that it can be difficult to get your music heard. Nowadays I feel the majority of people’s attention spans is a 20 second TikTok clip and then they want something new.

I think the best piece of advice I received is to make music that I love and then hopefully so will others! If you’re trying to appeal to a certain fanbase then I think people can see right through the falseness.

Dylan Kearns' new single 'When The Fire Stops' is available to stream now. Check it out in the player below.

Caroline Polachek announces new album 'Desire, I Want To Turn Into You'