Getting To Know... Ian Janco

Getting To Know... Ian Janco

His new EP 'The Rapture' is out now 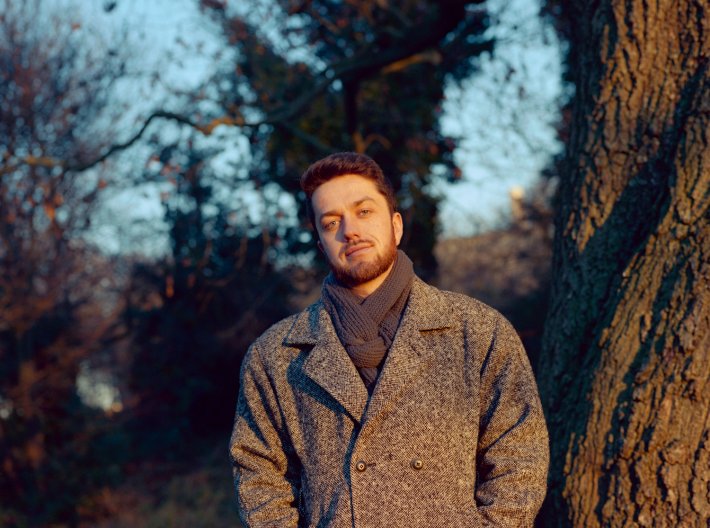 Following on from a rich and captivating array of gems over the last few months, London-based singer and songwriter Ian Janco has now returned to deliver his seminal new EP 'The Rapture'.

Channelling a beautifully warm and vivid folk-inspired aesthetic from start to finish, 'The Rapture' aims to highlight the frontman's broad and inventive songwriting. Filled with woozy tones, soaring textures, and his own passionate voice layered throughout, this new collection will tug at your heartstrings as often as possible.

So with the new EP available now, we sat down with him to find out more about his background and what has been inspiring him lately.

Drums! The drum set was my entry into music. I remember driving in the car with my dad and listening to the drum solo in Led Zeppelin’s “Whole Lotta Love”. I got full body chills and knew right then I wanted to be a musician.

All sorts. My parents were fans of a pretty wide range of bands and artists, and that influenced my taste going forward. I listened to everything from Nirvana and Red Hot Chili Peppers to Stevie Wonder and the Beatles. The artists that really inspired inspired me to start writing my own material were the LA singer songwriters - James Taylor, Neil Young, Joni Mitchell and Carole King. I think it’s the variety of music I grew up listening to that shapes my approach to playing and making music.

Gorillaz - Demon Dayz. I remember going to the record store and buying the CD. I remember the play count on “Feel Good Inc” in my iTunes being something silly like 367.

“American Tune” by Paul Simon. Hits me right in the feels every time.

I have a morning routine that I think really helps keep me “open” to new songs and ideas. I wake up and move for a while (yoga, running, whatever) to get out any nervous energy. Then I warm up on guitar, piano or bass and vocals, just sort of move around a scale of chords and let ideas bubble up. Then I free-write for 10 minutes without censoring myself. At that point a song usually starts to take shape, and if I’m in a writing session later in the day, the creative juices are already flowing.

At the risk of sounding like a total nerd… it’s almost like magic sometimes. I’ve been realizing the effect of music on the energy of a situation. It’s taking an idea and turning it into something concrete that exists in the world and (hopefully) in peoples hearts and minds.

The moments when you put all your heart and soul into something and don’t get much in return. It shouldn’t matter, because we should do it for the the love of it. But sometimes that part is a bit tough.

Always try to write from the heart, rather than the head. The heart knows the truth.

Ian Janco's new EP 'The Rapture' is available to stream now. Check it out in full via the player below.