Getting To Know... Issy Winstanley

Getting To Know... Issy Winstanley

Her new single 'Too Real' is out now 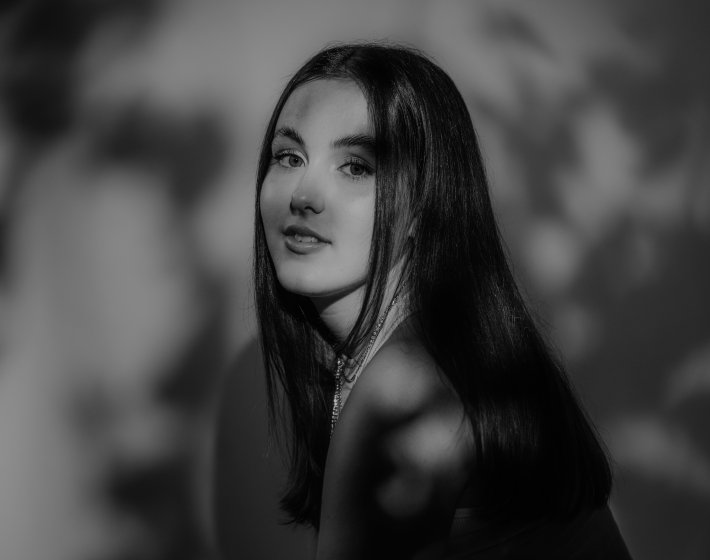 Following up the glorious success of her stunning debut single ''61' in recent months, Cheltenham-based singer and songwriter Issy Winstanley now makes her triumphant return with her brilliant sophomore effort 'Too Real'.

Channelling a wonderfully warm and sweeping piano-led composition throughout, 'Too Real' makes for truly uplifting listen. With her rich and soaring voice layered over a bed of humbled production, she is showcasing some serious songwriting chops on this one.

The first instrument I fell in love with was definitely the piano. Just when I’d started secondary school I was given a book showing how to play all the songs off Taylor Swift’s album ‘Fearless’, and I remember spending hours upon hours teaching myself how to play them. Learning the piano suddenly meant I was able to write fully formed songs, and perform them publicly, so it really made me fall in love with creating and sharing my music in a whole new way.

I grew up around all types of music so it’s so tough to narrow down! With such a large family, I listened to everything from rock and pop to theatre and jazz; I ultimately just loved music that would get everybody up and dancing. Elvis and Dusty Springfield were solid favourites of mine thanks to my grandparents’ influence, as well as KT Tunstall and Fleetwood Mac thanks to my parents!

The first album I actually bought myself was ‘Red’ by Taylor Swift - I remember it being the first thing I downloaded on my bright pink iPod nano! I fell in love with this album instantaneously - the fusion of the storytelling nature of country and folk songwriting but with a new commercial appeal was brilliant, and definitely something I try and incorporate into my own writing now.

Landslide by Fleetwood Mac 100% - one of my favourite songs of all time and so beautifully written.

Not necessarily - most of the time lyrics just come to me randomly, and I make sure to have an ongoing note on my phone where I store all of my ideas. My voice notes are also full of melodies too! I then usually take these ideas to the piano, and see what fits together and feels good. From here, they can develop into full songs, and this could happen in a matter of minutes, or a matter of months!

Maisie Peters has been a solid favourite of mine for the past couple of years, and her new album is fantastic so I’ve had that on repeat! I’ve also recently discovered Lizzy McAlpine, who’s music I’ve also been loving recently.

It would have to be Taylor Swift - she has been such a massive influence for me, and especially after her album being the first one I ever bought, it would be such a full circle moment and a dream come true!

The most rewarding part of being a musician for me is definitely the connections you can make with people through your writing, whether it be friends you’ve known for years or total strangers. There is such power in songwriting to express thoughts and feelings that can’t be found in words, and being able to connect with people over our shared experiences is truly magical. I had someone message me recently saying my song Too Real had been a massive comfort for them after losing a loved one, and I really cannot wish for anything more out of my music than that; to find comfort among each other and within music.

It can be difficult when performing if the audience takes no interest in my original music - I’ve had people walk out on my gigs when I said I was going to play one of my own songs as opposed to covers! It can be disheartening when you put so much time and love into creating your own music and people don’t want to hear it, but I just have to remember to have faith in the music I’m making and put on a show for those who do care!

Issy Winstanley's new single 'Too Real' is available to stream now. Listen to it in the player below.

2 hours 12 min ago Following on from the release of their highly-praised mixtape 'Rōnin I' in March last year, UNKLE