Getting To Know... mal sounds

Getting To Know... mal sounds

His debut EP 'Freaks And Wild Things' is out now 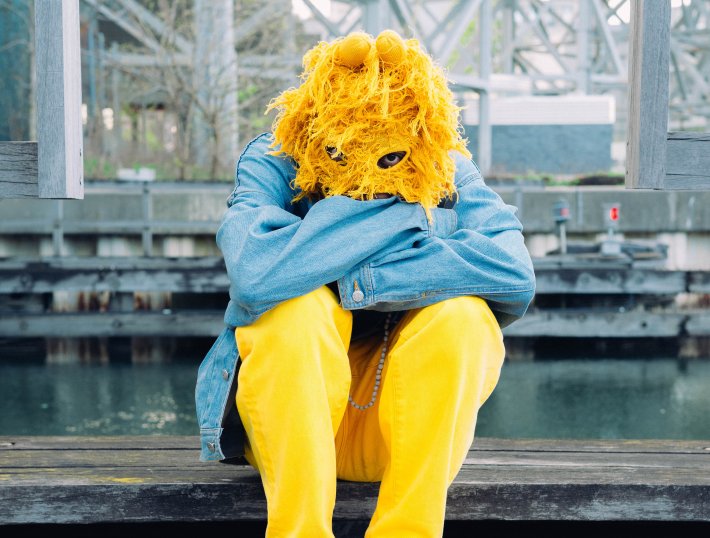 Following on from a string of bold and impressive cuts over the last year, Brooklyn-based artist mal sounds has now cemented his legacy to date with the unveiling of his glittering debut EP 'Freaks And Wild Things'.

Featuring a host of fresh and euphoric offerings from start to finish, 'Freaks And Wild Things' makes for an incredibly vivid listen. With his own smooth and captivating voice layered over a rich and euphoric bed of atmospheric electronics, this new collection certainly sees him as a bold and creative individual emerging right now.

Guitar, definitely. I’ve been playing guitar since I was about fifteen. Before that, I played the trumpet. I wish I could have kept with trumpet, but I had some pretty hardcore teachers, and the vibes around the whole learning experience sort of made me hate the instrument. I was a sensitive child. Guitar was the first instrument I picked up because I wanted to, and I’ve kept with it since. For me, it’s half musical tool, half meditation instrument.

Hip hop! And of course I still love it. I grew up on a lot of hip hop and neo soul. J Dilla, Kanye West, Tribe Called Quest, D’Angelo, Erykah Badu. Raphael Saadiq has this one song, “Charlie Ray” that I remember loving. My parents always joke about how I used to sing Ruff Ryders’ Anthem as a child. All of that music holds a special place in my ear.

I’ll say the first album I remember buying, which might be the same. It’s a weird thing because I haven’t really “owned” too much music in my life due to streaming. But the first album I remember purchasing was Neck of the Woods by the Silversun Pickups. I was probably fourteen or so when it came out, and I was starting to branch out from the music I grew up on. I love that album to this day. But then there’s also the mixtapes from that same era. Acid Rap, Live Love A$AP, the first Earl Sweatshirt tape.

“She’s Always in my Hair” by Prince.

Yeah, nowadays I’m really big on having the right mindset when I write new music. I try to do it early in the day, before my mind gets filled with clutter from the internet / work / other distractions. I have a spree-based writing style. I’ll go through phases of writing a new song or two each day, and then I’ll take a couple weeks off. When I’m in a writing phase, I try to interact with as many alternate forms of art as possible, whether that’s going to museums, or watching movies on my list, or reading.

The past week, I’ve been listening to underscores, Hot Flash Heat Wave, Doss & Duster a bunch. Also just found this band called Title Fight yesterday. I'm enjoying a few of their songs quite a bit.

I think it has to be Frank Ocean. I don’t care how cliché that sounds! The reason I chose him is because for me, his music is very meditative and dream-like. That man creates worlds with his sounds. That’s something I also try to do. I think it would be super fun to work together to build an entire evening where folks leave at the end feeling like they just woke up from the most psychedelic, emotional dream of their lives.

Definitely the entire live performance aspect of it. Music is a social activity, right? Even when it’s just you alone in your room, listening to your favorite track in headphones–you’re still sharing presence or energy with the artists who created the music. It’s just so amazingly rewarding to create a shared experience that has no limits. It gets to the point where it’s really not about receiving praise, or making “good music”, but rather about sharing a mutual appreciation with folks for something that only y’all understand. Like yeah, the radio is playing this, and that artist sold X copies, and that’s great–but right here in this room, on this stage, is something immediately tangible to everybody who wants to engage.

The whole “job” part of it. I don’t know. This may be naïve, but I’ve always felt that the moment I have to force a song out is the moment I’ll probably stop making music. Luckily I haven’t run out of feelings to express-in fact, at this moment there are so many more that I’d like to try expressing. But there’s a natural ebb and flow to the process. It’s like a conversation. And so when we talk about how often an artist should drop, how much an artist should drop, etc, it frustrates me a lot. Who has ever had a good conversation where one of the parties has been forced to talk even if they have nothing to say? I hate that part of it.

What is the best piece of advice you have received as a musician?

I was talking to somebody I met, an “industry person” I guess, although I’d say we’re friends too, and the first time we met in person, he told me to never get too hung up on the past. He said that I should never feel like a song I already put out would be the best thing I ever did. He advised me to always keep making new things. I really appreciated that, both at the time and even more now, because it’s true: with modern streaming, song success is almost *too* quantifiable. I’ve been lucky enough to have gotten on the odd editorial playlist in the past, to have gotten some wild streaming bumps on a couple of my songs, and then things fizzle down and normalize to the more consistent listeners. It’s easy to have anxiety over whether you “missed your shot” or whatever. But all that is just fake. It’s arrogant to think that you could even begin to imagine the impact your song has had on anybody, let alone the whole world, or the “music industry”. So that’s the best advice I’ve ever gotten. To sort of tune out the noise, believe in the music, and just stay true to the craft that brought you this far.

mal sounds' debut EP 'Freaks And Wild Things' is available to stream now. Check it out in full via the player below.

2 hours 1 min ago Following on from the release of their highly-praised mixtape 'Rōnin I' in March last year, UNKLE