Getting To Know... Minas

Getting To Know... Minas

His new single Foreign' is out now 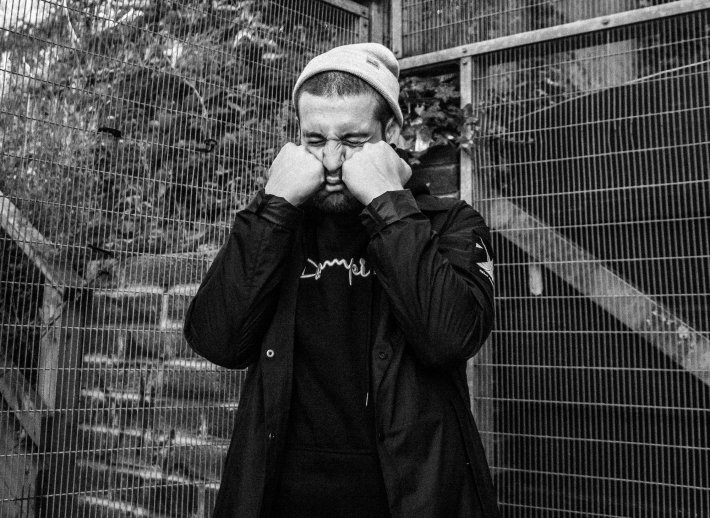 Following on from a flurry of bold and enticing releases these last few years, Cardiff-based artist Minas has now returned to deliver his latest belter 'Foreign'.

Channelling a broad and adventurous texture from start to finish, 'Foreign' sees him push his distinct direction to the outer limits this time around. With its rich and soaring energy matched perfectly with his own compelling persona, he is definitely setting himself up for some huge praise and attention on this one.

Probably electric guitar, me Dad used to play his Telecaster and I just thought it looked sick when I was small.

Anything heavy actually, I was obsessed with Prodigy, Guns n Roses, Nirvana and this Punk compilation album my parents had.

My Auntie bought me Iowa by Slipknot when I was little, don’t think she really knew what she was getting me.

Ah that’s a tricky one, I like it, I think off the top of my head one would be Half Sister by Protomartyr.

It varies really, if I overthink or dedicate specific time to writing it rarely works out. It tends to catch me off-guard walking somewhere or on a train or something. Or if I see something that winds me up I’ll write some stuff down and shove it in a demo I’ve been toying with. Recently I’ve been writing bits with the band so it’s not all on me, so it’s sounding so different to what I’d do alone and it’s ace.

Ah that’s so hard, it’d have to make sense probably, like I’d love to open for Deftones or something but I reckon Idles would be a crazy show to support.

It’s genuinely meeting people. Most creatives are a bit mad, deep and less afraid to just be themselves. It’s a world I needed when I was growing up struggling to find my own identity, I felt at home in it and meeting more people in this mad place is always a bonus for me.

I think for me it’s how it’s changed so much from what I thought it would be growing up. It’s mostly singles and streams and self promotion is a nightmare for me, I’m not the most natural at gassing myself up.

I think it was when I met DJ Krust one time, showed him a couple bits I was working on and he said to me: “Spend more time working on your craft, finding your sound. Don’t rush it.” In a time where everything moves so fast, hearing that changed a lot for me and I’d recommend it to anyone starting out in writing their own stuff.

Minas' new single 'Foreign' is available to stream now. Check it out in the player below.