Getting To Know... Peal

Getting To Know... Peal

Their new single 'Clouds' is out now 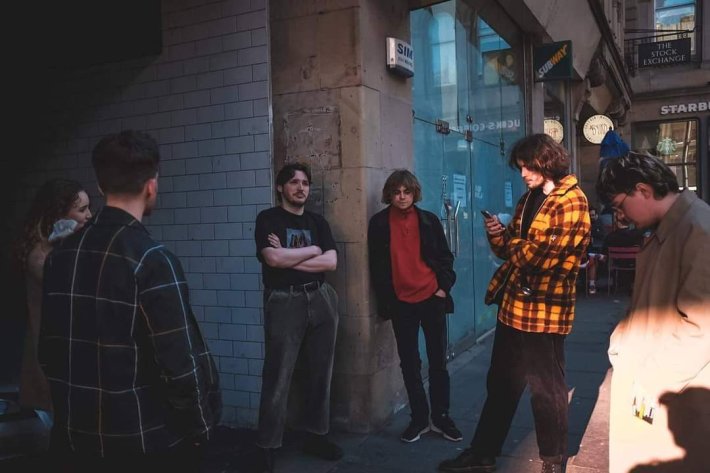 Following on from a sporadic array of offerings over the last few years, Dundee-based outfit Peal have now made their eagerly-awaited return and delivered their soaring new single 'Clouds'.

Channelling a wonderfully bold and vibrant indie-rock direction from start to finish, 'Clouds' sees them return in fine form. Filled with an anthemic atmosphere, sweeping hooks, and some brilliantly powerful vocals at the helm, this comeback looks to spell the start of something very special for the band.

So with the new single out now, we sat down with Kev from the group to find out more about his background and what has inspired him most over the years.

Guitar – all my heroes either played bass or guitar.

A lot of metal and pop punk before transitioning into indie and psychedelic rock – Neil probably was into some proper good shit like the doors when he was like 12 or something but we can’t all be that ahead of the curve.

Probably would have to say August 10 by Khruangbin that song is too good, bass smooth like butter.

Usually an idea or melody will come to me at a random time then I’ll record myself playing it on my phone. I’ll then use logic Pro to develop the idea before we work on it as a group to then make the final product. Having multiple writers is great because there’s plenty of collaboration.

Papooz, Action Bronson and Vampire Weekend are the main ones that stand out for me.

Playing live shows and seeing people you don’t know sharing your music, it’s a strange feeling knowing your work is involved in strangers lives in some form.

There’s a lot of people out there just looking to make easy money from desperate young artists all in the name of “exposure” so navigating your way around these types of people can be frustrating.

Just do it for the fun of it, everything else that comes of it is a bonus.

Peal's new single 'Clouds' is available to stream now. Check it out in the player below.

11 hours 20 min ago With her eagerly-awaited new remix EP landing next month, Bess Atwell has now shared the next cut

14 hours 15 min ago After an astonishing run of form throughout his releases over the last decade, South African sing