His new single 'Vanity' is out now 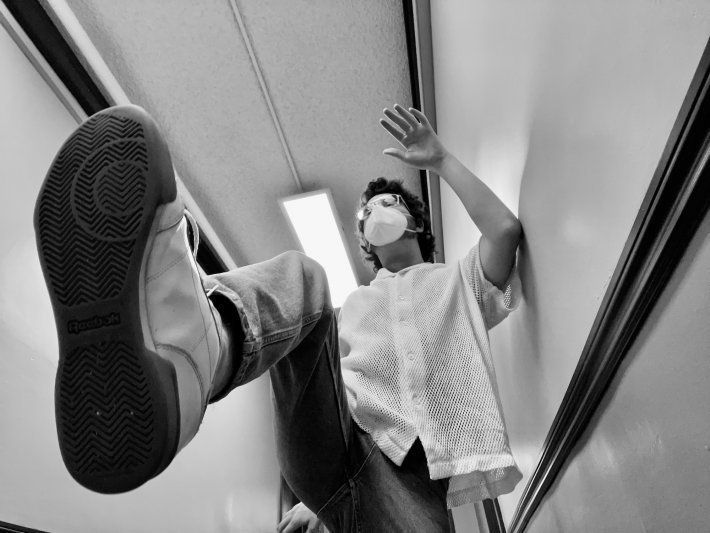 Following on from the huge praise he received for his recently shared singles 'House' and 'Just September', emerging LA-based singer and songwriter Sam Wilder is now back to unveil his third effort 'Vanity'.

Channelling the rich and sweeping flow of acts like Sam Smith, 'Vanity' sees him as a bold and intimate name emerging right now. Filled with warm lyrics, humble production, and a truly sensational voice throughout, this new offering proves that he is well on his way to becoming something truly special in the months ahead.

As a kid, I was always drawn to the sound of the piano. I’ve always resonated with its tone and knew that it would be a staple in most of my songs. I’ve also personally found it to be the easiest instrument to aid with songwriting.

I’ve always been a very eclectic music listener. Growing up, my dad would play music from bands like Queen, Aerosmith and Journey. On the other hand, I remember listening to artists like Christina Aguilera and Pat Benatar with my Mom. Their taste in music really shaped my love for classic music. I’ve also been a huge Pop fan; I remember listening to Jessie J and Ariana Grande for hours after school!

The first album I ever remember owning was ‘Up’ by Shania Twain. Still, to this day, I could listen to that album over and over again! She is definitely one of my favorite singers.

I dream of being able to write a song as amazing as ‘Rocket Man’ by Elton John. It's just one of those songs that you feel in your heart. The melody, lyrics, and instrumentals create an extremely special and unique sound.

I tend to write most of my songs around 2 am. My creativity tends to be at its peak when the outside world is completely quiet, and I can lose myself in my music without fear of being distracted.

I’ve been obsessed with listening to Cardi B and Ariana Grande recently. My music deals with some very deep and sad themes, so I’ve really been enjoying listening to a bunch of up-tempo Hip-Hop and Pop to help raise my spirits after a writing session.

Opening for Elton John would be absolutely amazing! I’ve always been a huge fan of his, and can’t even begin to think about how surreal it would feel to open a show for him.

Writing music about your own personal struggles and demons can feel cathartic, but it can’t beat the feeling of hearing that your music has helped someone else deal with something they are going through. Music is a very powerful thing, and I think it's important to realise the impact our music can have on the world.

Honestly, the thing I find the most frustrating about being a musician is being told to not stray too far away from your style, because I don’t believe that each and every song should necessarily fit comfortably with the others. There is a beauty in variation, and I wish more artists would take a chance to bend their genres a little.

The best piece of advice I have ever received was from one of my friends. He told me to “Never write a song because you feel like you need to. Write because there is something inside that needs to make its way out.”

Sam Wilder's new single 'Vanity' is available to stream and download now. Have a listen to it in the player below.