Their new single 'Simpler In The Dark' is out now 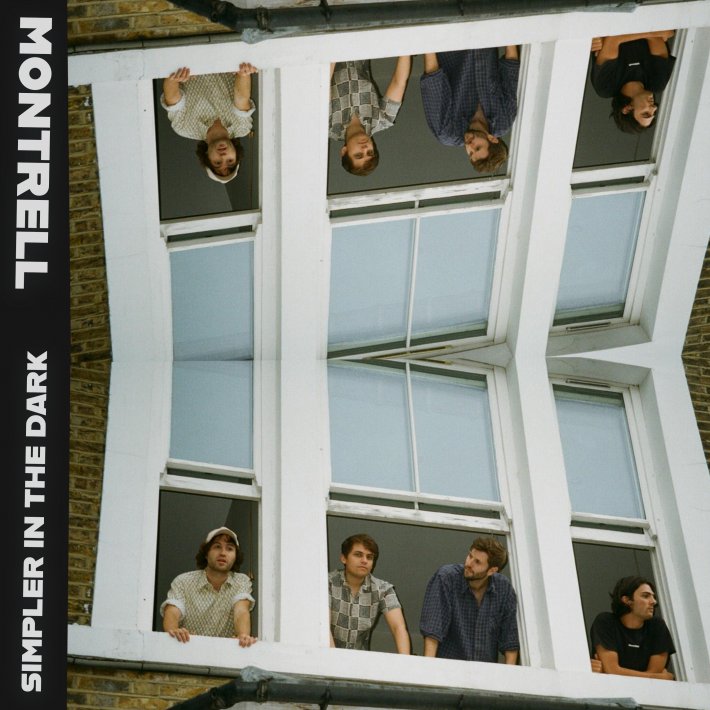 Having spent the last few years releasing a wave of breathtaking material, London-via-Leicester outfit Montrell have now returned with their latest gem 'Simpler In The Dark'.

Lifted from their forthcoming new EP 'Angel', which is set to land later this year, 'Simpler In The Dark' makes for a wonderfully warm and enticing return. Filled with a bright and uplifting direction, sweeping production, and some beautifully heartfelt lyrics, it feels like they have truly come of age on this new release.

So with the new single available now, we sat down with them to find out more about their newest cut and what we can expect from them in the near future.

Jonny: How cordial of you to ask. Good. Busy and a little overcast!

Jonny: I think now, we sound more like Montrell than ever. But it used to be different. Some of my biggest influences have always been George Harrison, Steely Dan, Arcade Fire, Stevie Wonder and Nirvana. When I met Sam, he and I started to share an interest in Rae Morris and Japanese House. Alex brought in his penchant for funk beats and Mikey got me into the likes of Fontaines DC; it currently circles around grungy rock with something to say, I guess.

You are also from London and Leicester, can you tell us how the music scene in those two places has influenced your sound?

Mikey: I think the relatively small size of the Leicester music scene was great because it gave plenty of space to develop without the pressure of wondering if you’ll get another gig at that venue or for that promoter. It was a perfect place to work quite freely - and I had several musical mentors from the gigging circuit, like Kevin Hewick, who were very inspiring and always shared their wisdom about music and life!

Jonny: London saw a lot of Mac De Marco-y sounding bands in the last five years. That seems to have dissipated now and made way for some good old South London punk. Perhaps the latter has always been there, grumbling under the surface. But there was definitely a surge of modulated-dreamy-jangly-guitar bands, which I don’t think we were able to escape the influence of. We used to play a lot of small venues to sixty or seventy people, which made our sound intimate; maybe it affected the way we wrote too. I think we’re wanting to move into a larger sound now; you can get the urge to fill a bigger space.

You have just released your new single ‘Simpler In The Dark’. Can you tell us how that record came about? What is the story behind it?

Jonny: The story behind it… a sudden exploration of how I felt in a certain relationship. You can’t really fake those lyrics really. It was real at the time. It was written as a confessional, singer songwritery thing a while ago, and then it stayed around on our set list. So we wanted to put it on a record eventually.

Jonny: Yeah I think our producer recognised that it just needed to be straight up, guitar and words, with a simple arrangement, almost like we were just playing it together in a bedroom to a small group, without too many frills.

It is also lifted from your upcoming ‘Angel’ EP. Can you tell us what we can expect from that?

Jonny: Yes, so Magnets is about addiction, Simpler is confession, and the third (out in March) is Medicine, which is sort of about removing the toxicity from a friendship, and seeing each other in the best light again. So I hope it’s a more hopeful end to the record…haha.

The coronavirus outbreak has obviously affected everyone’s plans, but what else have you got in store for the year ahead?

Jonny: We’ve now been looking at a UK tour, as we had to cancel a German tour because of the post Brexit red tape. A shame, because the lack of clarity has probably changed a lot of bands’ plans. But, we’re also going to release our first vinyl, which is exciting for us, particularly in the scrolling age.

And finally, where do you see yourself in five years?

Mikey: I think with the pandemic, planning that far ahead has become even trickier than normal. But I’ll definitely still be making music, jamming with mates, and hopefully performing to live audiences! It’s also a big ambition of mine to do more touring, so if I’m lucky in five years I’ll be in the back of a van.

Jonny: I reckon two albums out, tour of America; some cool new friends and fans. Some lake swimming. I’d love to play some Spanish festivals - and that lovely one in Bulgaria, Meadows in the Mountains…

Montrell's new single 'Simpler In The Dark' is available to stream and download now. Have a listen to it in the player below.