Their third full-length will be released in November 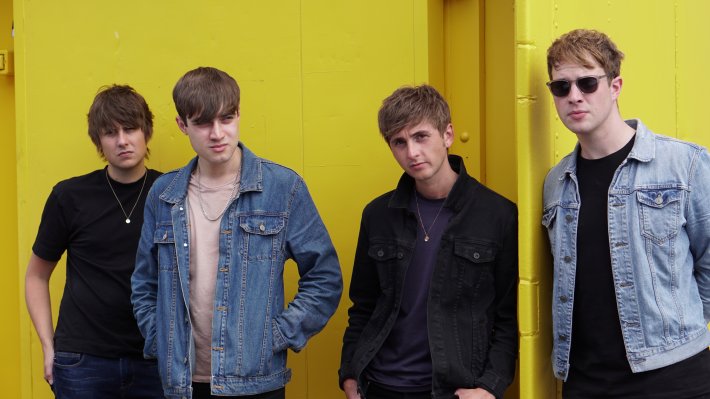 Following on from the success of their highly-praised 2019 sophomore LP 'Under Your Sky', The Sherlocks, now comprised of Kiaran Crook (vocals), Brandon Crook (drums), Alex Proctor (guitar) and Trent Jackson (bass), have announced their plans for a new studio album, arriving later this year.

The new full-length 'World I Understand' will include the previously shared track 'Falling', is being previewed by the new lead single 'City Lights', and is set to be released on the 19th November via TeddyBoy Records.

Speaking about the new line-up, Kiaran Crook said, “Finding new band members was something we were admittedly apprehensive about. On top of that we knew all our gigs were cancelled for the foreseeable. To be honest with you, I think many others would have thrown in the towel and just said, ‘let’s look back on the fond memories we’d made while it lasted’. But for us it wasn’t even a question of whether we’d carry on, it was more a question of how long it would take to get back to where we were.”

While adding about the record itself, “We pulled up at Rockfield Studios in Wales with only a handful of practices together and a bunch of songs that felt strong but were certainly rough around the edges. But once we started, I knew we were onto something special. Part of the magic of this record is that even though Brandon and I arrived to make our third album, Trent and Alex were making their debut record. Their passion was infectious, and we were getting the songs down at such a rapid pace. Everyone playing out of their skin!

“This record was all about timing, it would have been impossible to make it at any other time than this. Everything felt like it happened for a reason and I genuinely believe we made our best album to date. In years from now I think we’ll look back on this release as the one where it all changed and took us to the next level…”

Have a listen to 'City Lights' in the player and see the album's full tracklisting below.

Following on from the enormous praise for her 2019 self-titled debut album, SASAMI is back to announce the details behind her next studio album,... 4 hours 14 min ago

Having returned with a flurry of fresh and exciting cuts throughout the year so far, Sad Boys Club have now announced their plans for a new EP,... 9 hours 56 min ago

4 hours 14 min ago Following on from the enormous praise for her 2019 self-titled debut album, SASAMI is back to ann