The new track is part of a three-version song 'Leaving' 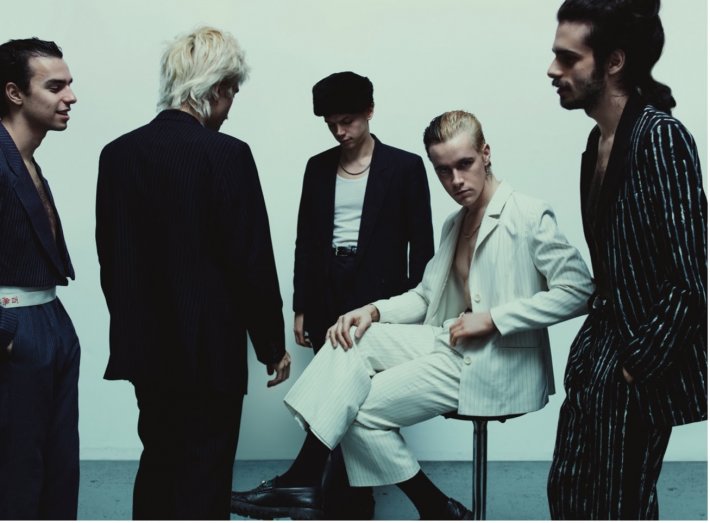 Following on from the release of their highly-praised 2020 debut album 'West Of Eden', HMLTD now return to deliver a brand new release.

The new single 'Don't Leave Me (Chapter 1: Despair)' forms part of a three-version song alongside accompanying b-sides ‘Love Is Not Enough’ (Chapter 2: Grief) and ‘Do This By Yourself’ (Chapter 3: Wrath) to create the new effort 'Leaving'.

Explaining the concept behind the release, the band said, “We believe “Leaving” represents a new frontier in what art and music is, and should do; both an experiment in storytelling, in sonic variations, in the value of art and in the relationship between audience, collector and artist. The stem owners can change who sings the vocal part, what the lyrics are, what the main melody is, what instrument plays the bass line, what kind of drumming style underpins the performance. All the variations seamlessly work together to form 6,400 unique compositions, each of which is musically rich enough to be a standalone song - spanning everything from piano ballads to electronic mayhem. Each layer-owner has the power to alter the whole master, without knowing what the other layer owners will do. Essentially, 'Leaving' is a collective artistic composition with randomness and agency factored in - collectors might collaboratively arrive at a state or a genre, consciously or unconsciously, by responding (or ignoring) each other’s choices. Each different state has been separately written, performed and recorded in a decentralised fashion by HMLTD and our collaborators, Tallulah Eden and Seth Evans.”

Have a listen to 'Don't Leave Me (Chapter 1: Despair)' in the player below.

Following on from the release of his highly-praised 2018 LP 'Good Thing', Leon Bridges has now announced his plans for a new studio album, arriving... 8 hours 34 min ago

Having remained largely silent for the last few years, Martha Wainwright has now returned to announce the details behind her next studio album.... 14 hours 15 min ago

Following on from the release of his highly-praised 'In Limbo' EP last year, Max Pope has now returned to share a brand new single. The new track... 16 hours 22 min ago

8 hours 34 min ago Following on from the release of his highly-praised 2018 LP 'Good Thing', Leon Bridges has now an