Their new album '9' is out next month 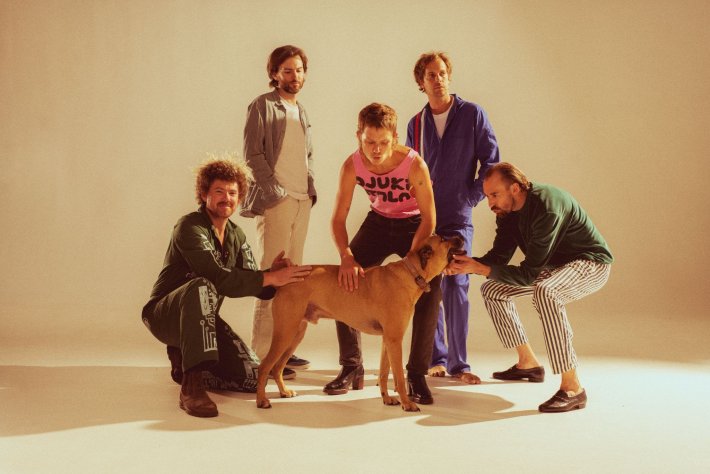 With their highly-anticipated new album now less than a month away, Pond have delivered the next cut to be lifted from their forthcoming full-length.

The new single 'Human Touch' comes accompanied by a stunning new video, and follows on from the previously shared tracks 'Toast', 'America's Cup' and 'Pink Lunettes' in previewing their ninth LP '9', which is out on the 1st October via Spinning Top Records/Secretly Distribution.

Speaking about the new offering, frontman Nick Allbrook described the inspiration for the song, saying “One time a woman was smashing up a car outside my house, begging me to help her steal it. It was a lovely day. She was wired but sweet in a way. Her dog, Josie, was sitting in the passenger seat being very cute and fluffy. We talked for a good few hours in the sunny cul-de-sac and neither of us ended up committing grand theft auto. The music started with a grimey Casio loop Jay made, that we built the song around.”

While adding about the new video, “My original idea was to be dancing in the central business district of Perth, being thoroughly ignored by suits on their lunch break. Turns out me and Duncan Wright (Director) are both quivering Fremantle natives and terrified of the City. When Duncan saw a pretty sliver of morning sunlight in the West End we figured, stuff it, let's do it there. Zero people is kind of the same thing as being ignored by lots of people, right? I need some human connection blah blah blah. It was super fun to make. We didn't really have a strict plan and I overcame my anxiety about dancing in platform shoes to no music at 9am on a Tuesday morning like a kook.”

Check out the new video for 'Human Touch' in the player below.

Following on from the enormous praise for her 2019 self-titled debut album, SASAMI is back to announce the details behind her next studio album,... 2 hours 40 min ago

Having returned with a flurry of fresh and exciting cuts throughout the year so far, Sad Boys Club have now announced their plans for a new EP,... 8 hours 22 min ago

2 hours 40 min ago Following on from the enormous praise for her 2019 self-titled debut album, SASAMI is back to ann